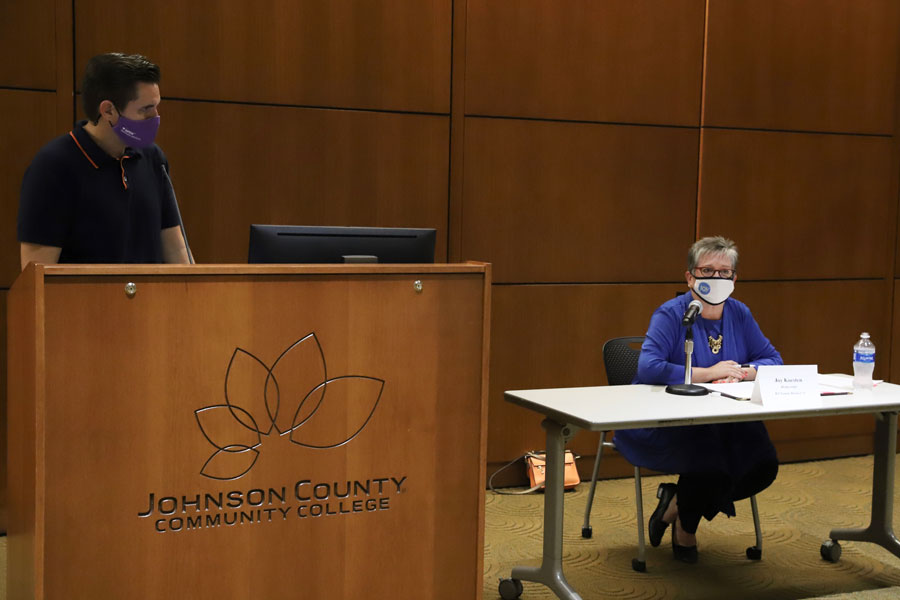 Medicaid expansion, abortion and COVID-19 were among the topics discussed during the Shawnee Mission Post’s forum for the candidates competing for the Kansas Senate District 11 seat, which covers parts of Leawood and Overland Park. The forum was held Oct. 8 at the Capitol Federal Conference Center on the campus of Johnson County Community College.

Former Democratic state representative Joy Koesten was the only candidate to attend. Republican Kellie Warren, who is currently a state rep in the 28th House District, informed the Post she would not participate in this forum. Warren was among nine Republican candidates for northern Johnson County races that chose not to participate in the Post’s forums this year. Here, we explain why we host the candidate forums and what it means for readers when candidates don’t participate.

Below is a list of questions posed by Post staff and readers for the 11th Senate District, as well as timestamps. A video of the forum is embedded below, and can also be found on the Post’s Facebook page.