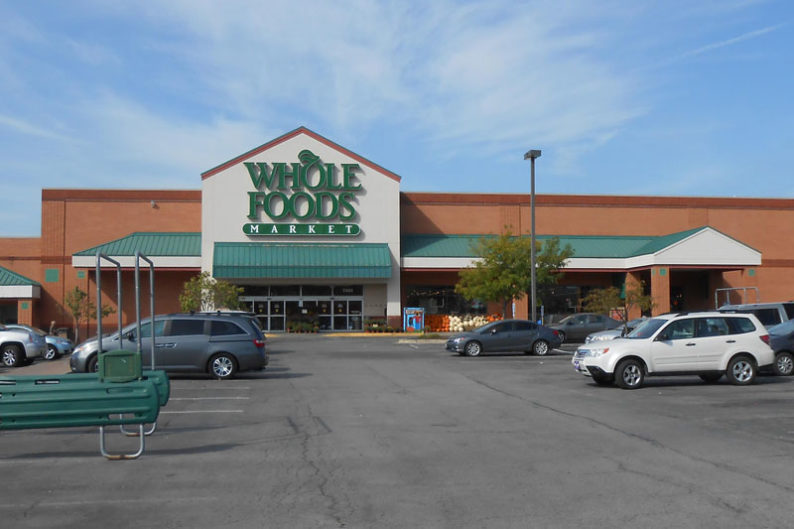 The Whole Foods at 91st and Metcalf closed in 2018, and may now become a medical facility. Photo via Johnson County Appraiser's Office.

The former Overland Park Whole Foods building at 91st and Metcalf may become a 120-bed facility for clinical research trials. The city Planning Commission unanimously approved a special use permit Monday that would allow three buildings, including the former market, to be repurposed for medical research done for pharmaceutical and other companies.

The plan, proposed by PV Capital LLC, would leave the former market building and two smaller buildings intact but would add a patient drop-off area and some other exterior modifications.

The former market space would be the first part of the 60,504-square-foot project to be done, said attorney Greg Musil, representing the developer. A traditional hospital with emergency care and ambulance service is not envisioned, though. The bed space would be used for participants in research that involves overnight stays.

Two smaller buildings could possibly become office space or research facilities when the project is fully built out, Musil said.

The surrounding area is mostly commercial, with some single- and multi-family structures to the west.

Aside from some updates to the shell of the building, the most noticeable changes may be additional sidewalks and some new outdoor areas for staff and research subjects.