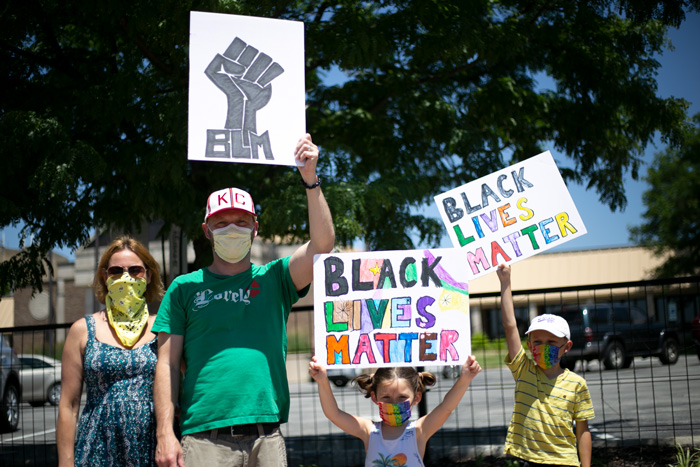 Protests over police treatment of Black Americans have roiled the country since the killing of George Floyd in Minneapolis in May. What changes to law enforcement policy would you support to ensure that Black Americans do not face increased risk of harm or harassment at the hands of police?

People are learning what Black Americans have known and have been saying for decades — too often, they simply get different treatment by the police. It’s time we all started listening to those experiences and doing something about it. I support funding the police, and also support reforms that would help end inequities in our systems that harm communities of color.

We need to fund community policing programs that strengthen relationships between police officers and the communities they serve. Communication and trust helps prevent crimes before they occur. I support increasing anti-racism and anti-bias training for our police force, banning chokeholds, additional de-escalation training, and increasing transparency — among other reforms. Additionally, I would have voted for the Senate bill that would have outlawed lynching by making it a federal crime to conspire to violate existing hate crime laws. As that vote shows, this is not a partisan issue.

We also need to prevent crime before it happens. That’s why, in addition to common sense police reforms, we need to fund early childhood initiatives, increase access to health care including mental health care services, and increase the number of substance abuse centers to ensure that our police can have the capacity to concentrate on protecting our communities from violent offenders.

My dad was the Police Chief in El Dorado for 25 years. Growing up, I saw firsthand just how difficult it is to be a police officer. I’m grateful to all of the brave men and women who sacrifice so much to keep us safe. I will always stand with our law enforcement officers who put their lives on the line each day. I’m adamantly opposed to any effort to defund the police. That is a dangerous and absurd idea.

The murder of George Floyd was a horrific tragedy that can’t be repeated, and I believe the officers involved should be prosecuted to the fullest extent of the law. I condemn all forms of racism; there is no place for hate in our society. We must hold law enforcement accountable when there are problems.

It’s imperative that we acknowledge that the overwhelming majority of law enforcement officers are honorable men and women doing their best to protect all members of their communities. Kansas is one of five states that already requires additional training for law enforcement officers every year. We have programs that help hold officers accountable and increase transparency in policing.

I know there is always room for improvement. That’s why I was proud to co-sponsor the JUSTICE Act which would improve the performance of law enforcement, require greater transparency, and hold all law enforcement accountable to increase public trust. I was disappointed when congressional Democrats blocked this bill and refused to debate or offer amendments to the legislation. I remain committed to finding solutions to this problem. I’m willing to work with anyone, regardless of party affiliation, to pass common sense legislation that still allows law enforcement officers to do their job, maintains law and order, and increases public trust in the police. 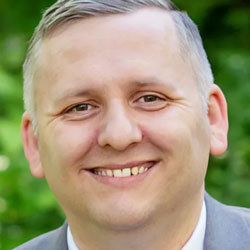 Work to PARDON & RELEASE all non-violent offenders of victimless crimes such as drug use and sex work ON DAY ONE. REPEAL all laws for victimless crimes. END qualified immunity for law enforcement. END the failed war on drugs. END militarization of police. END civil asset forfeiture. END mandatory minimum sentencing. END the ATF. END the DEA. Ultimately, I hope to see a world where police are completely privatized.

Tomorrow, we will publish the U.S. Senate candidates’ responses to item #2 on our questionnaire: