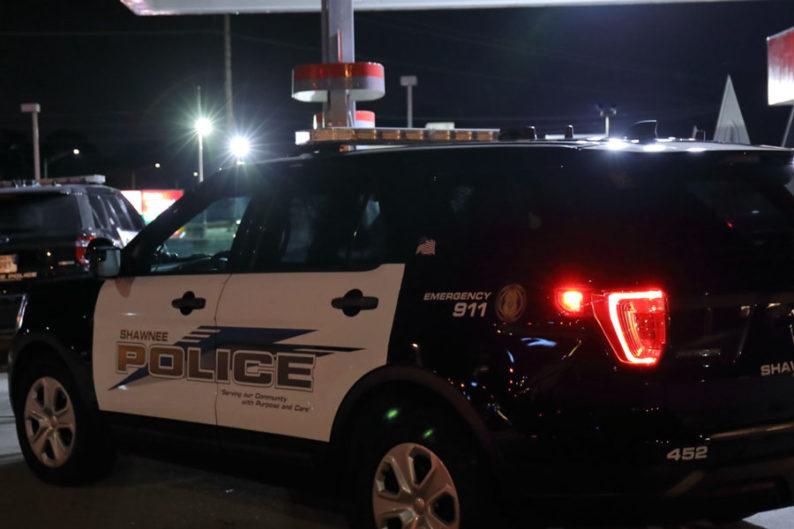 Shawnee Police near the scene of where an alleged stabbing took place Sunday night. Investigators could not locate an exact crime scene. Photo credit Mike Frizzell.

Shawnee Police are investigating after a man walked into an emergency room with injuries from a stabbing late Sunday.

Overnight, police confirmed that the victim sustained non-life-threatening injuries. The victim described his attacker as a white man with a beard who was dressed in dark clothing.

Officers from Shawnee and Merriam searched along 75th Street between Nieman Road and the hospital but could not locate a crime scene.

Major Jim Baker of the Shawnee Police Department says the detective working the case as of Monday morning had not finished a report on the incident, and there were no other updates.