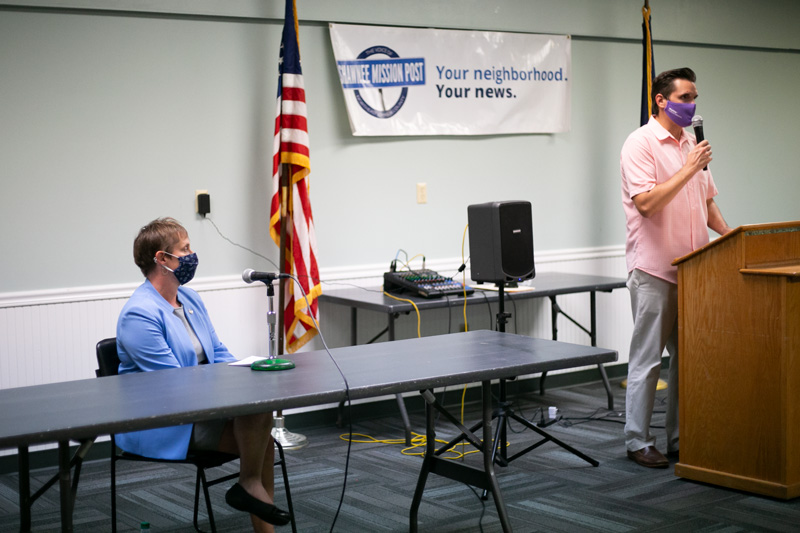 The state’s response to the economic fallout of the COVID-19 pandemic, the use of public funds for private school education and the future of abortion rights in Kansas, were a few of the topics raised during the Shawnee Mission Post’s forum on Oct. 6, for the candidates seeking office in Kansas’ 16th House District.

The seat is being vacated by Democratic Rep. Cindy Holscher, who is running for Kansas Senate. Democrat Linda Featherston and Republican Rashard Young are vying for the seat, which covers parts of Lenexa and Overland Park. Featherston was the only one to participate. After reaching out to Young multiple times, his campaign told the Post less than a week before the scheduled date that he would not be attending and had never agreed to participate.

At least 9 Republican candidates for races in northern Johnson County have chosen not to participate in the Post’s forums this year. Here, we explain why we host election year forums and what it means for our readers when candidates don’t participate.

Below is the list of questions posed by the Post staff and readers for the 16th House District forum, including timestamps. The video of the forum can be viewed on the Post’s Facebook page and is also embedded below.