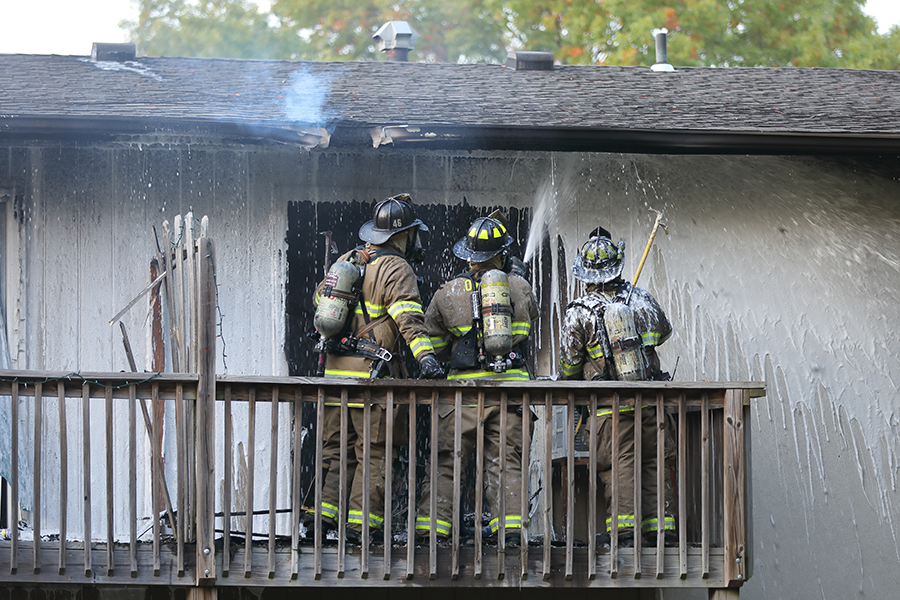 Four people were displaced by an apartment fire Saturday evening in Overland Park.

Firefighters from the Overland Park and Lenexa Fire Departments were called to 7820 England Street in the Village View Apartments at 6:07 p.m.

“Crews went to work attacking a kitchen fire that had flashed over and involved the kitchen and living room area of one apartment,” Rhodes said in a news release. “The fire was knocked down quickly, but the unit suffered significant fire damage.”

Three nearby apartments are also uninhabitable due to smoke and water damage.

Rhodes says the quick knockdown of the fire kept it from spreading to a common attic that joins eight additional units.

The cause of the fire is under investigation. No injuries were reported to residents or firefighters.