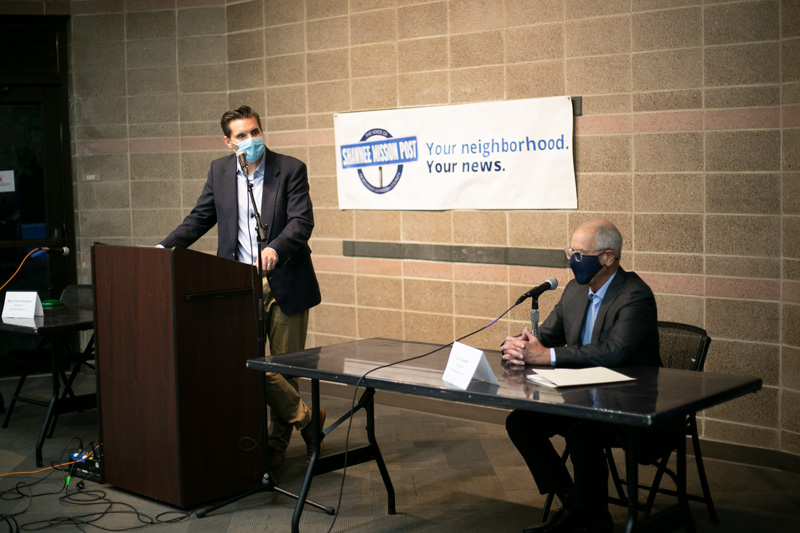 The state’s response to the COVID-19 pandemic, Medicaid expansion and anti-discrimination protections for LGBTQ Kansans were a few of the topics raised during the Shawnee Mission Post’s forum on Oct. 1, for the candidates seeking office in Kansas’ 39th House District.

The seat is currently held by Republican Rep. Owen Donohoe, who informed the Post the morning of the forum that he would not be participating. Democrat Les Lampe, a retired engineer and former executive at Black and Veatch, did attend and answered questions from the Post and our readers.

Below is the list of questions posed by the Post staff and readers, including timestamps. The video of the forum can be viewed on the Post’s Facebook page and is also embedded below.