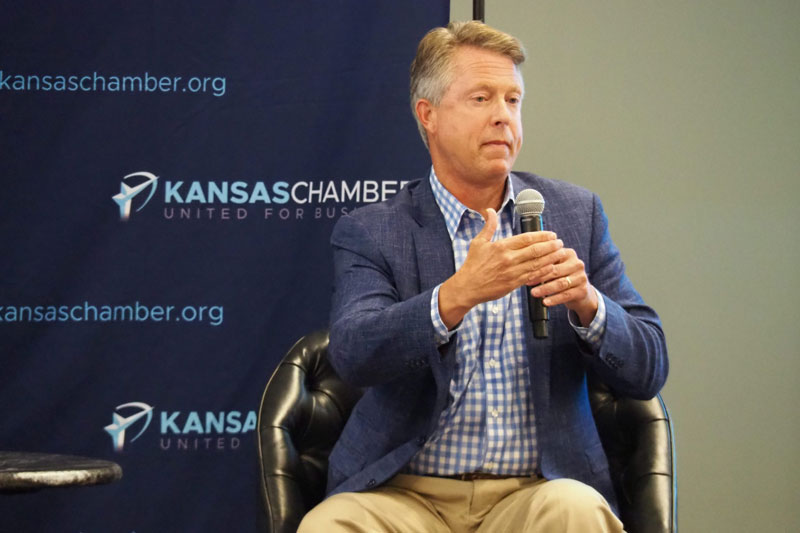 TOPEKA — The three Republicans and lone Democrat in Kansas’ congressional delegation voted against the $2.2 trillion coronavirus stimulus plan proposed by Democratic leadership and narrowly passed by the U.S. House.

GOP Reps. Ron Estes, Steve Watkins and Roger Marshall were joined by Democratic Rep. Sharice Davids in opposition to the relief bill with little chance of moving through the U.S. Senate or being signed by President Donald Trump.

It passed 214-207 in the House, and Davids was among 18 Democrats voting Thursday against the measure.

Marshall, the U.S. Senate candidate and 1st District representative in Congress, said he vowed against the measure because some Democrats were using the pandemic to “promote their socialist agenda with no pet project or left-wing agenda item left behind, many of which have nothing to do with COVID-19.”

Estes, who represents the 4th District that includes Wichita, said the legislation was more about Democratic messaging to potential voters during an election year than assisting small businesses and families.

He blamed House Speaker Nancy Pelosi, a California Democrat, for failure to work out a bipartisan deal with the Senate and White House.

“Congress was able to work in a bipartisan manner earlier this year to pass three major pieces of legislation,” Estes said. “However, the closer we get to Nov. 3, the more Speaker Pelosi refuses to work with colleagues across the aisle, even as Republicans and Democrats have come together on proposals that would reopen negotiations and deliver real results for Kansans.”

The House-passed bill included another installment of $1,200-per-adult tax rebates, renewal of the bonus $600 per week federal unemployment benefit and a fresh round of Paycheck Protection Program aid for businesses.

It would provide $436 billion in assistance to state and local governments and $225 billion to colleges and universities, while earmarking $120 billion for the restaurant industry and $28 billion for airlines.

The Post has also reached out to Davids’ office for her comment explaining her vote, but we have not heard back at the time of publishing. We will update this story with the Congresswoman’s comments once we hear from her office.