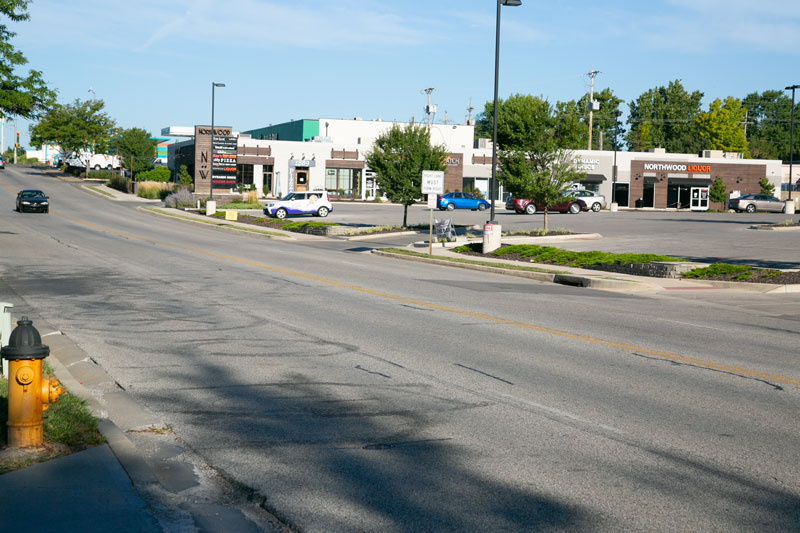 Overland Park, Merriam and Westwood have been awarded grant funding for development initiatives, including the creation of a street concept for Westwood's 47th Place corridor (pictured above).

Projects in Overland Park, Merriam and Westwood that address walkability and improvements to major corridors have earned grant funding from the Mid-America Regional Council.

“It is exciting to see local governments focus on planning for and creating vibrant assets for their residents,” said Beth Dawson, a senior land use planner at MARC.

MARC’s Board of Directors and Total Transportation Policy Committee approved $877,825 in grant funding for 14 projects in the Greater Kansas City area, including eight in Kansas and six in Missouri. The grant funding is directed at efforts to create sustainable development.

The City of Merriam was awarded $59,500 to create a street solution for the Downtown Merriam Corridor. The project will look to integrate local trails and support redevelopment.

Thanks to your help filling out a recent survey, the City of Merriam was able to get a sustainable development grant from MARC for the Downtown Merriam Corridor. Thank you!!

The city also received a $50,000 grant that will support walkability planning for College and Metcalf and looks to identify bicycle and pedestrian improvements among other items.

Earlier this summer Overland Park planners identified the two projects as being on their grant wish list.

Westwood was awarded $35,000 for the creation of a street concept for a mixed commercial-residential use corridor, 47th Place.

Grant funding comes from the federal Surface Transportation Block Grant Program and project sponsors are required to provide local match of at least 20%. You can read more about the grants here.