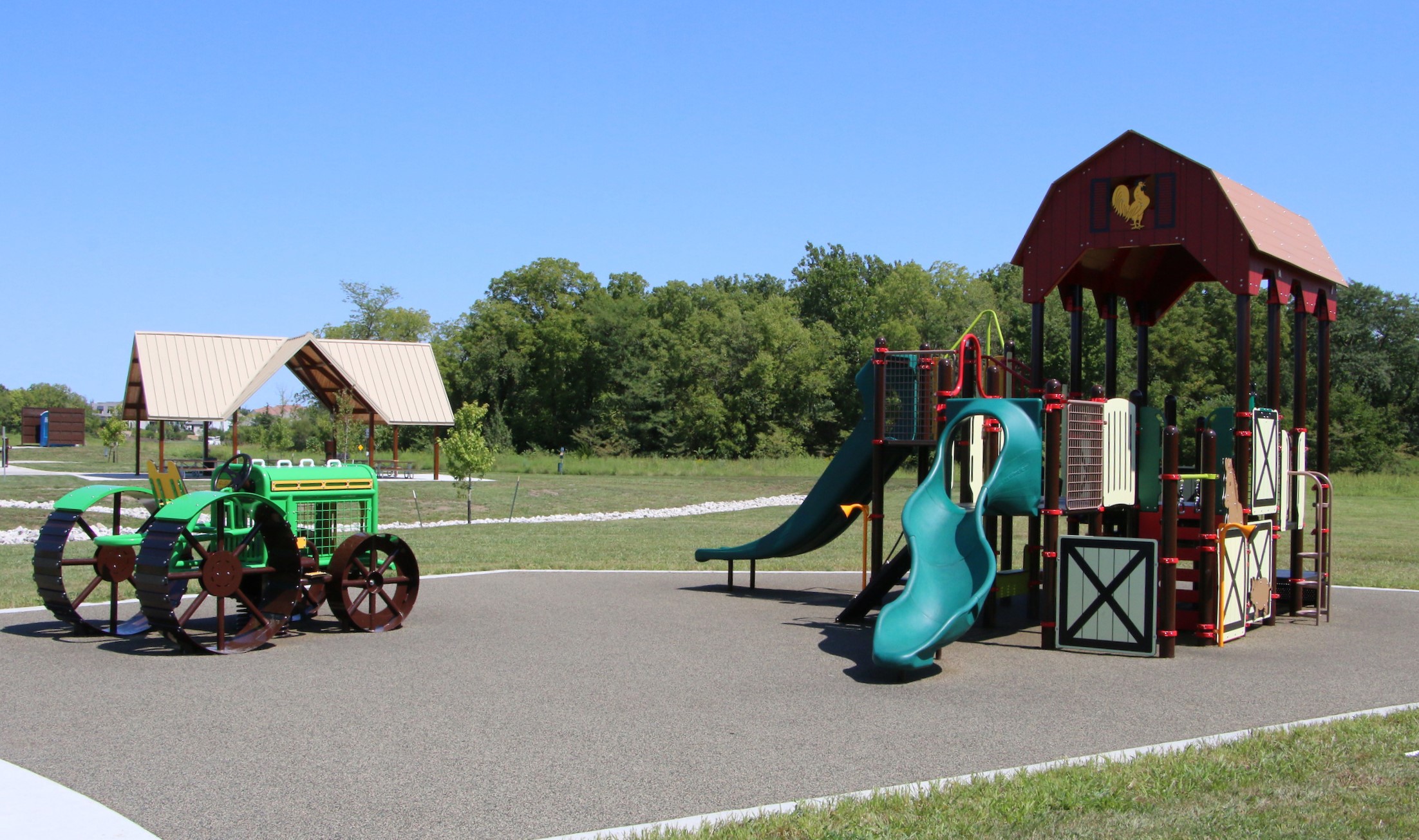 The public is invited to take part in an Oct. 17 ribbon cutting for Arthur and Betty Verhaeghe Park.

The public is invited to take part in these events, which include an Oct. 17 ribbon cutting for Arthur and Betty Verhaeghe Park, and an Oct. 24 ribbon cutting for the Russell and Helen Means Observation Tower in Kill Creek Park. Both facilities quietly opened for public use this summer while scheduling of ribbon cutting events was delayed by COVID-19. Both events will begin at 10 a.m. on their respective dates, and will require masks and social distancing. The short ceremonies will include remarks from local, county, and JCPRD officials, followed by greet, mix, and mingle opportunities.

“Looking at the park today, mom and dad would be proud to share this land that they farmed and loved with the community that they loved and served,” said Mel Verhaeghe, son of Arthur and Betty. “We had many good memories of fishing in the creek, as well as many trips over the fields with the tractors, and driving cattle across the property to a rented pasture to the northeast of the park.”

The Verhaeghe family donated 40 acres of land located at 11401 W 167th St., Overland Park, which encompasses the 11-acre area which has been developed for the park. The new facility includes a farm-themed playground, a picnic shelter, drinking fountain, parking, a large open play field, and a portable restroom. The park also serves as an access point for the Coffee Creek Streamway Park, which opened in October 2017 and currently stretches 3.4 miles from a western access near Shelters 9 and 10 in Heritage Park, to Switzer Road.

The farm-themed playground was specifically requested by the Verhaeghe family to honor their nearly 100-year history of farming and raising bedding plants in the area.

“Our grandfather came to this area in 1919 and raised and sold bedding plants in hot beds to the community and several stores in the area,” said Mel Verhaeghe, son of Arthur and Betty. “They also raised and sold many vegetables like potatoes, asparagus, sweet potatoes, sweet corn, and tomatoes locally and at the Kansas City farmer’s market. The gardening was a key to the success of the Verhaeghe family. We grew up in this environment of always raising plants and selling produce.”

Details are still in the works, but a second phase of development planned to open next spring will involve a community garden at the site as requested by the family.

“We hope that the community gardens can benefit many people in the area by giving them an opportunity to get the pleasure of raising their own vegetables and getting some dirt under their fingernails like our family did for the last 100 years,” Verhaeghe said.

The park and planned garden are a fitting tribute to his parents, who were firm believers in “giving back,” he added.

“Throughout their lives they followed that practice by giving back to the community,” he said. “Dad gave back to his country by serving four years during World War II. He gave back to the community throughout his life by serving on numerous boards. Some were farm related like the County FSA board, Farm Bureau, and Farmer’s Union. He put in numerous hours on the Aubrey Township Board as well. Mom and dad also served in many capacities at the Wea Catholic Church their whole life. Mom was president of the altar society and was a quilter for 50 plus years. Mom was always helpful at the local rural schools.”

Judy Short, daughter of Russell and Helen Means, said “My mom and dad were very humble, but would be very proud to have the family name on the tower and I am grateful to have this tribute to them.”

The Means were the previous landowners of 639 acres of the now 897-acre Kill Creek Park property where the tower is located at 11670 Homestead Lane, Olathe. They donated 355 acres for the park, provided an installment purchase agreement for the acquisition of another 284 acres, and willed assets valued at approximately $1 million from their estates for improvements at the park to benefit the public. That funding was used as a portion of the cost of constructing of the observation tower.

“I loved looking out and seeing wildlife which included all kinds of birds, fox, and even a deer or two,” Short said. “When asked about the observation tower, I knew the right decision was to tear down the house and build the tower so people could view and appreciate what my parents built and enjoyed. I know my parents are smiling down at the observation tower and watching people enjoy the beautiful view. “

Located west of the main park entrance in Kill Creek Park, the tower is made of structural steel surrounding a precast concrete elevator shaft, which provides access to the upper observation deck, which is 44 feet 7 inches above the ground. The full height of the tower is 58 feet, and the elevator stops at four different levels. The tower has heavy-duty galvanized steel screening around it, with occasional openings visitors can look through. The tower also has stairs to the top. Construction on the structure began in late 2018.

The tower affords approximately 270-degree views from the southeast, all the way around the west, and then back to the north and northeast. Visitors will get great views of Kill Creek Park Lake, and parts of the park’s remnant prairie. When conditions are right, keen-eyed observers may even be able to see buildings on the hill of the University of Kansas’ campus in Lawrence, and the Kansas Speedway in Kansas City, Kan.

Russell Means served in the U.S. Army Air Force and was released from active duty as a decorated captain in 1945. He was later employed by TWA as a pilot and flew for the airline for 35 years. For their donations at Kill Creek Park, the Means were presented with a Certificate of Merit from the Board of Johnson County Commissioners.

Short recalls that her father had a love of the land and nature and was supported in this by her mother.

“He spent years meticulously cleaning up the land and adding to the acreage,” Short said. “Less than half of the land was tillable, and he made sure to preserve the natural prairie grass and buffalo wallows. Dad planted trees to line the half-mile driveway to the house, and strategically planted many other trees. We loved eating the peaches and pears.  We also picked from the wild berry bushes.  We spent weekends riding horses, target shooting, going on hayrides, and playing tag.  In the winter we would ice skate on Kill Creek.” 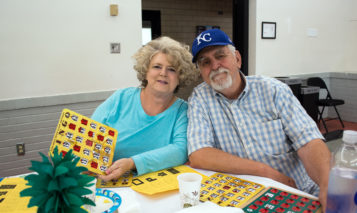 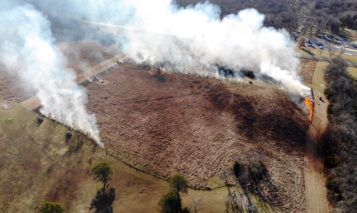 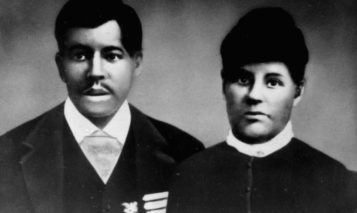