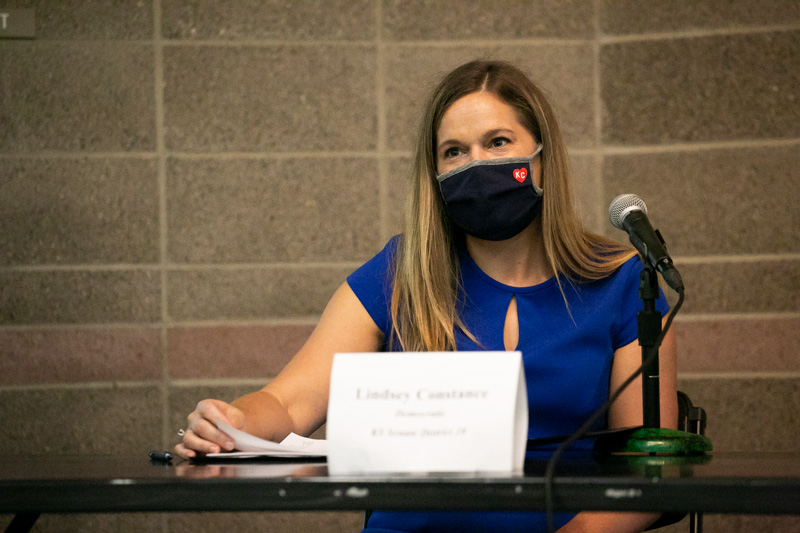 Healthcare, school funding and the fallout from the COVID-19 pandemic were some of the main highlights from the Shawnee Mission Post’s first candidate forum ahead of the November general election.

The Post kicked off its series of 19 forums with the Shawnee-area Kansas Senate District 10 race, in which Democratic candidate Lindsey Constance, a Shawnee councilmember and Shawnee Mission teacher, faces incumbent Republican Mike Thompson.

Constance was the lone participant in the forum, as Thompson informed the Post a few days ago of his intent not to participate. The Shawnee Mission Post opted to continue with the forum — you can read more about that decision here.