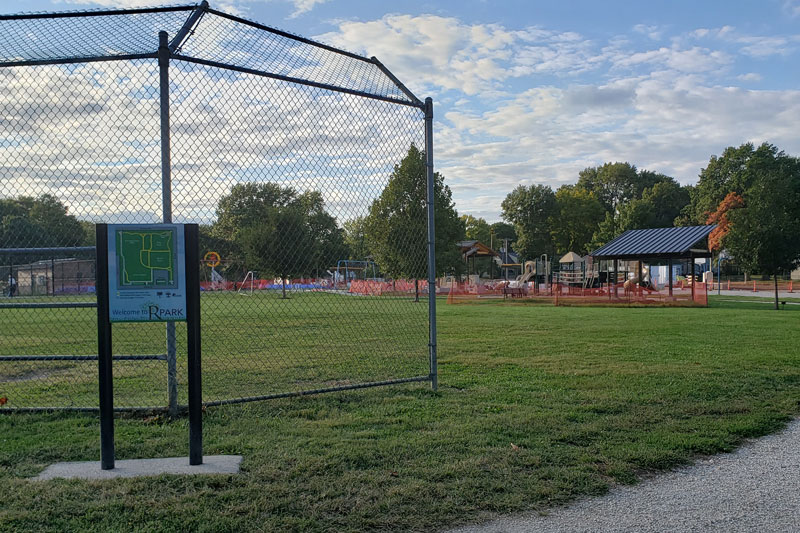 The first two phases of construction for R Park, 5535 Juniper Drive, are expected to be completed by Oct. 20. The park, which sits on the former site of Roeland Park Elementary School, is undergoing $1.7 million in enhancements.

Just four months after breaking ground, improvements at R Park are on track for completion by Oct. 20.

The $1.7 million improvement project is bringing new life to the former site of Roeland Elementary School. Improvements include a pavilion, restrooms, soccer field and added green space. A new art sculpture “See Red Run” was also installed in the park in 2019.

Mayor Mike Kelly said while construction seems to have gone by quickly, R Park is a labor of love from a group of residents and the community that’s supported it.

“Giving people of Roeland Park the community destination they deserve is something that’s very fulfilling as an elected official and resident who supported projects before being elected,” Kelly said.

Below is the latest R Park progress update:

Phase three will include a concrete trail and new playground, though those improvements are scheduled for 2022. Following the October completion, the Kansas City Symphony will host the inaugural event at the new pavilion with an outdoor, socially-distanced concert.

“Parks are good for the mind, body and soul — we really put our heart into it there,” Kelly said. “That’s what we want to do for this entire community. We’re really proud of it, and happy to carry that sentiment onward to future projects.”