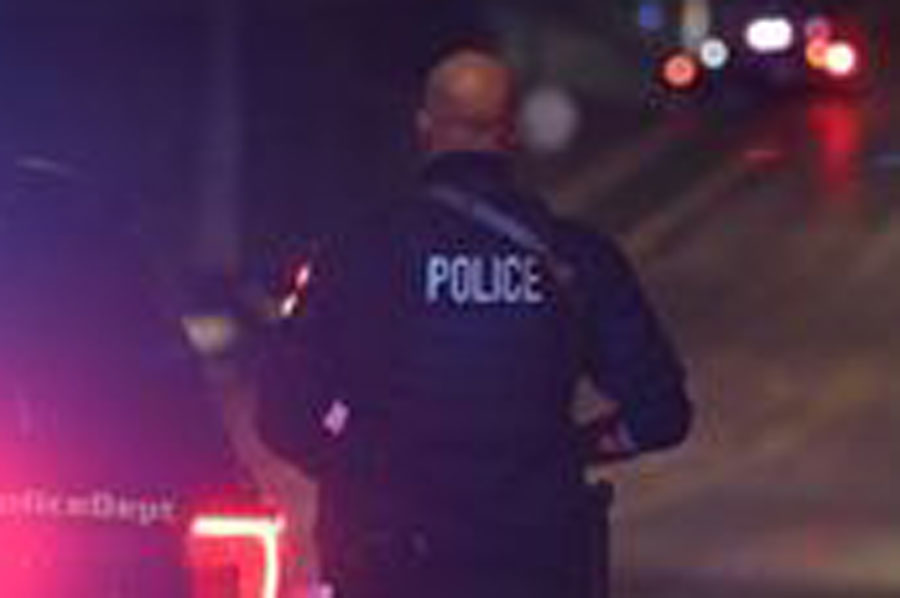 Lenexa Police on Monday morning continued to search a neighborhood surrounding the 8900 block of Haskins Street after a man allegedly fired shots at officers as he ran from a stolen car.

Master Police Officer Danny Chavez says officers attempted to stop a stolen car. The suspect then allegedly fired shots at officers as he ran from the vehicle. No officers are believed to have returned fire.

Shortly after 7 a.m. Monday, Lenexa Police said they were searching for a Black male, approximately 5’10”, with a stocky build and shoulder-length dreadlocks. He was last seen wearing black pants and a black sweatshirt.

Anyone with information on the whereabouts of this suspect or any other details that could help with the investigation is asked to call Lenexa Police at 913-477-7301 or the TIPS Hotline at 816-474-TIPS (8477).

Recorded radio traffic states an automated license plate reader alerted dispatchers that a stolen vehicle had been detected at 1:36 a.m. Monday. Dispatchers tracked the car with traffic cameras until officers were able to get to the area.

Officers located the car, a 2008 Mercedes-Benz GL320, parked with the driver’s door open in the 8900 block of Haskins Street. The officer reported one person was outside of the car.

At 1:49 a.m., the officer can be heard telling dispatchers that the person was running towards the back of a duplex and then fired shots at officers.

A county-wide call to assist the officer was then sent over dispatch. Officers from as far away as Gardner responded to help in the search for the suspect.

Officers set a large perimeter from 87th Street and Candlelight Lane to 91st Street and Gillette Street. Multiple K-9 units and drones were used in the search for the suspect.

Chavez with Lenexa PD confirmed that officers were fired on by the suspect. No officers are believed to have returned fire, according to Chavez, and no officers were injured.

Police have not released a description of the suspect.

The large perimeter was held until shortly before 6 a.m. Monday,

when officers from outside agencies were released from their positions.