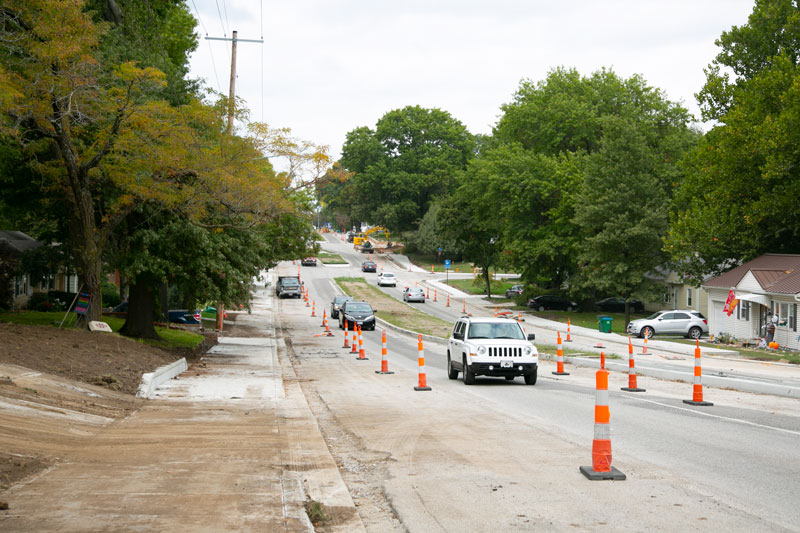 Roeland Park Mayor Mike Kelly said the project is on budget and on schedule to complete major construction milestones south of 51st Street by Oct. 31. Additionally, he said the contractor is done with 90% of the sidewalk, driveway and curb work.

The largest infrastructure project in the history of the city of Roeland Park is well underway, and the residential part of the corridor is on track for completion by Thanksgiving 2020.

Roe 2020, a $10 million renovation project on the city’s main thoroughfare, is in its fourth month of construction. Mayor Mike Kelly said the city appreciates residents’ patience with inconveniences brought on by the project. Although no project is perfect, Kelly said he’s proud of the outreach campaign the city has conducted since the beginning.

“It’s been very encouraging,” Kelly said. “Obviously with any kind of construction there’s growing pains and there’s an information hurdle that you try your best to jump over. You try multifaceted approaches to getting this information out to people.”

Below is the most recent project update provided by the city in the Sept. 23 newsletter:

Kelly said in the coming weeks, construction will begin on the traffic signal at the intersection of Roe Boulevard and 55th Street. This will cause the east side of 55th Street, Rosewood Drive and 50th Terrace to be closed for a couple of weeks, he said.

The tentative timeline released in March 2020 showed major construction milestones south of 51st Street would be completed by Oct. 31, a deadline Kelly said the project is on schedule to hit. More information about the project as a whole can be found on the city’s Roe 2020 online hub here.