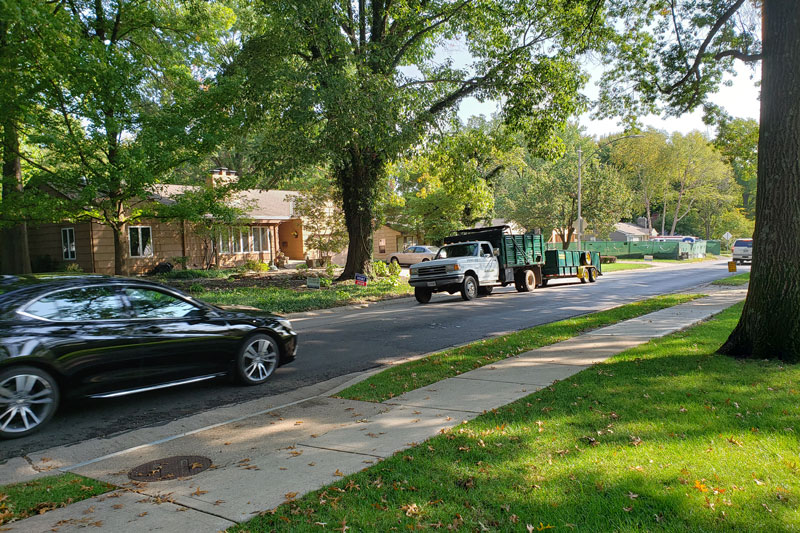 The Prairie Village City Council voted 11 to 1 to approve a one-year, $12,000 contract with Kansas City-based Dynamhex to create software to track and evaluate the city’s greenhouse gas emissions and create an action plan for city officials and residents.

The council voted 11 to 1 to approve a one-year, $12,000 contract with Kansas City-based Dynamhex to create software to track and evaluate the city’s greenhouse gas emissions and create an action plan for city officials and residents. The council also approved a resolution on a 10 to 2 vote to support the Climate Mayors Network and adopt commitments to the Paris Agreement. Both are nonbinding measures.

Dynamhex bases its carbon emissions evaluation on National Renewable Energy Laboratory models using county building permit information to determine a building’s age and features. This is a common method and the models are accurate 95% of the time, company founder and CEO Sunny Sanwar told the council’s Committee of the Whole during a presentation Sept. 8 explaining the tracking software and methods for creating an action plan. The company developed the software after pilot operations in Kansas City, Mo., Roeland Park, Washington, D.C., and other cities on the East Coast.

The software defines short- and long-term goals and includes interactive features that enable residents and business owners to add details about changes they make to their buildings to reduce their carbon emissions.

The contract will automatically renew at the end of the one-year term unless the city gives the company a 30-day notice to cancel it, Assistant City Administrator Meghan Buum said at Monday’s meeting. The council, its Environmental Committee and city staff will review data gathered by the tracking software and evaluate the climate action plan in deciding whether to renew the contract.

Ward 5 Councilmember Courtney McFadden, who cast the lone dissenting vote, said she hesitated to support hiring Dynamhex because “there’s absolutely no reviews online for this company.”

“Kansas City, Missouri, did not go with this business,” McFadden said. “They’re a brand new startup. They’re still getting seed money as of this summer. They didn’t present to us an interface online of the product. And it just strikes me as funny why we wouldn’t use $12,000 for an actual project to decrease greenhouse gases and instead look at something that’s crowdsourced in order to provide this.”

McFadden also said she found it “shocking” that councilmembers thought the county’s database had accurate information on everything residents had done to improve their homes, such as insulation projects.

Mayor Eric Mikkelson said the council shouldn’t start projects without a database to gather information, prioritize projects “and then spend the money on the specific projects in the most prudent way possible on behalf of the taxpayers.”

Mikkelson also stressed that the commitments to the Climate Mayors Network and international Paris Agreement, which the Trump administration has backed out of, were nonbinding on Prairie Village, but they are also valuable, he said, because “this is very much a global problem.”

“If there is not widespread, global, coordinated action on this, Prairie Village could stop producing a single greenhouse gas completely tomorrow and not make a dent in this problem,” he said.

Ward 6 Councilmember Ian Graves said the Paris agreement provided a framework and no state or federal framework existed. Ward 1 Councilmember Jori Nelson said it was “a tool in our toolbox to address the issues.”

“I believe it’s our responsibility as elected officials to do what we can to make a difference in the climate crisis,” Nelson said.

Councilmembers Sheila Myers of Ward 4 and Dan Runion of Ward 5 voted against the measure.