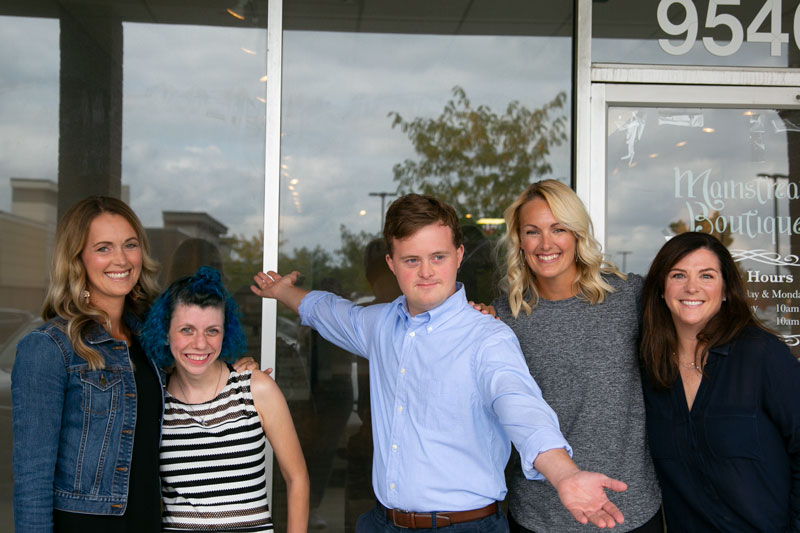 Lindsay Krumbholz and Michelle Reeves met while working at a nonprofit that provided job skills to individuals with developmental disabilities. The pair, alongside Amber Schreiber, decided to take it to the next level.

Nicknamed ‘The Golden Girls,’ Krumbholz, Reeves and Schreiber are opening up an ice cream shop called The Golden Scoop, which will be focused on employing individuals with developmental disabilities. Reeves said the latest data from the federal Bureau of Labor Statistics shows more than 80% of people with developmental disabilities were unemployed in 2019, and while the pandemic has increased the disparity, it doesn’t stop there.

“Often, when [adults with developmental disabilities] are employed, they’re underpaid, their skills are not used to the full capacity,” Reeves said. “Mostly, they work in sheltered workshops in janitorial capacities. That’s just not right. They bring a lot of talent to the table and so we’re hoping to show that to the community.”

The Golden Scoop, 9540 Nall Avenue, will hire individuals with developmental disabilities to be so-called “Super Scoopers,” doling out ice cream scoops, as well as greeters, among other positions. Additionally, they will be involved in other steps of the process: a young man with autism, for instance, designed The Golden Scoop logo, and employees are helping develop the menu.

Although the group has been working on The Golden Scoop for about a year-and-a-half, COVID-19 set back progress by at least three months, Reeves said. It took longer than expected to receive its 501c3 status, denoting it as a nonprofit, due to the pandemic. That also hurt the group’s fundraising efforts.

Still, Reeves said The Golden Scoop has received support — both financial and non-financial — from the community.

“We have found the community around here is so eager for us to be open, they’ve been super supportive,” Reeves said. “We’ve had some success with our fundraising that I think might not have had pre-COVID. Some of those things have turned into a big positive.”

The Golden Scoop is planning to host an event in the next few months that will feature a guitar performance by a young man with Down syndrome and free samples of signature ice cream flavors, Reeves said.

“We would love for the community to come and meet us, and find out what we’re about and just be happy, because this is going to be a really happy place,” Reeves said.

For more information about The Golden Scoop, or to donate, visit the website here.