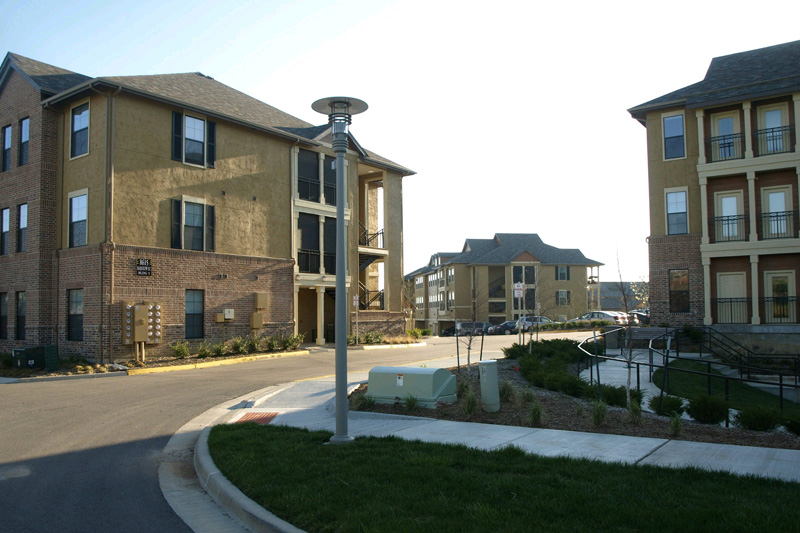 A subdivision of 61 townhomes are slated to be built next to West End Apartments (pictured above) and single-family homes in Lenexa City Center. The Lenexa City Council on Sept. 15 advanced preliminary plans for the project on the northeast corner of Elmridge Street and Penrose Lane. Photo via Johnson County Appraiser's Office.

The Lenexa City Council last week voted 7-0 to approve a preliminary plan for a series of townhomes in Lenexa City Center.

Located on the northeast corner of Elmridge Street and Penrose Lane, the preliminary plans for the City Center North Village Townhomes multi-family residential project consist of 61 units of townhomes in an L-shaped building. The site sits between Penrose Lane and Central Green Park, according to city documents.

The council had some discussion with the architect, engineer and construction representatives before approving the plans. Councilmember Corey Hunt was absent.

Some of the townhomes will face the street with front doors facing Penrose Lane, while others will face Central Green Park. The development includes an internal private drive and access to parking garages for each unit. Each unit will have two garage parking spaces and two spaces for vehicles in the driveway. City staff noted that the townhomes will be two stories tall on one end and three stories on the other, citing the slope of the project area.

The townhomes will also have private amenities for the residents, including a pool and cabana with a small lawn space and seating area, according to city documents. The townhomes will be for rent. Here is an architectural rendering of the project: 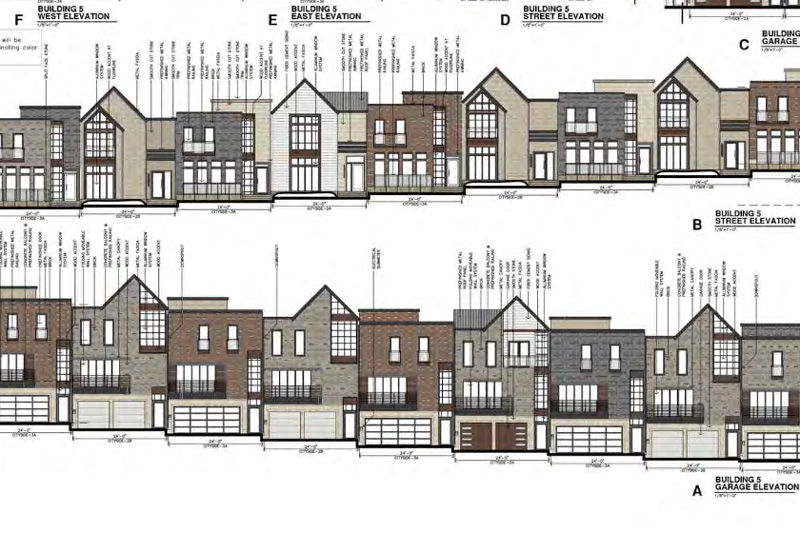 City leaders shared support for the look of the project. Councilmember Tom Nolte, who is an architect, said the project adds to the variety of housing stock in Lenexa City Center which he believes “has been extremely successful” since development in the area took off.

Some expressed wishes that the units would be available for sale. Representatives with Propper Construction Services and Lenexa City Center Holdings, the development team, said some units may sold off later, but no decisions have been made yet.

At a Lenexa Planning Commission in August, two residents from the Cottages of Cross Point Creek raised concerns about density and adding cars to the area. City staff noted that the City Center street network is able to accommodate the additional traffic.

City staff has recommended the developer improve sidewalk connectivity along Elmridge Street and in an alley on the site that connects the parking area to the street.

Councilmembers Joe Karlin and Dan Roh had some concerns with visitor parking for the site and sidewalk access. Representatives with the development team said they are exploring options to provide more connectivity, but there may be issues with accessibility due to the slope.

The project awaits final city approval before construction would begin.