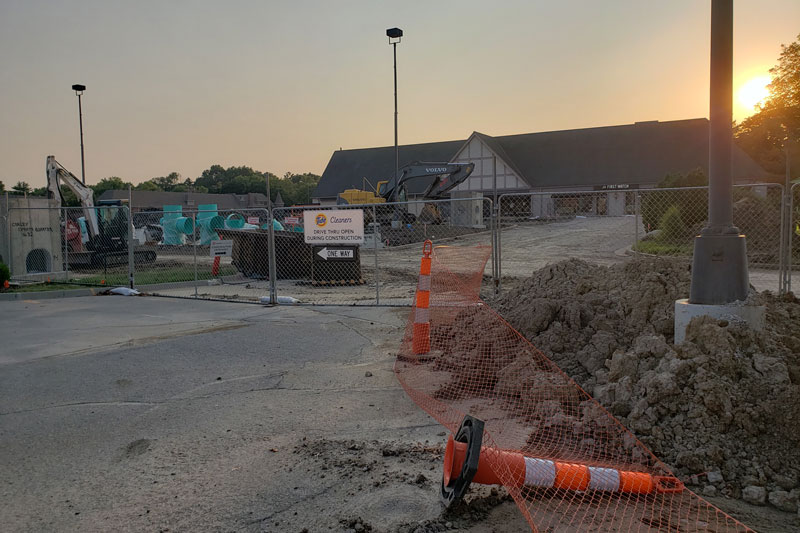 Site work is underway at the former Mission Antique Mall location off 83rd and Mission in Prairie Village.

The former site of the Mission Road Antique Mall building has been abuzz with activity the last few months. Located near the corner of 83rd Street and Mission Road in Prairie Village the shopping area is fenced off and construction workers and heavy machinery are on site.

The Prairie Village Planning Commission approved the plans presented by builder-developer First Washington at an August 2019 meeting. Referred to as “Corinth Quarter” in site plans, the project calls for construction of two new retail spaces that fit in the footprint of the former antique mall. The structure on the west side of the development that houses First Watch will remain intact but will undergo reconstruction and façade upgrades. Attempts to reach First Washington for comments were not responded to.

Runyon said construction is planned to be completed around March 2021 and that the COVID-19 pandemic hasn’t caused construction delays.

“It really hasn’t affected us,” Runion said, noting that special precautions are being taken on site.