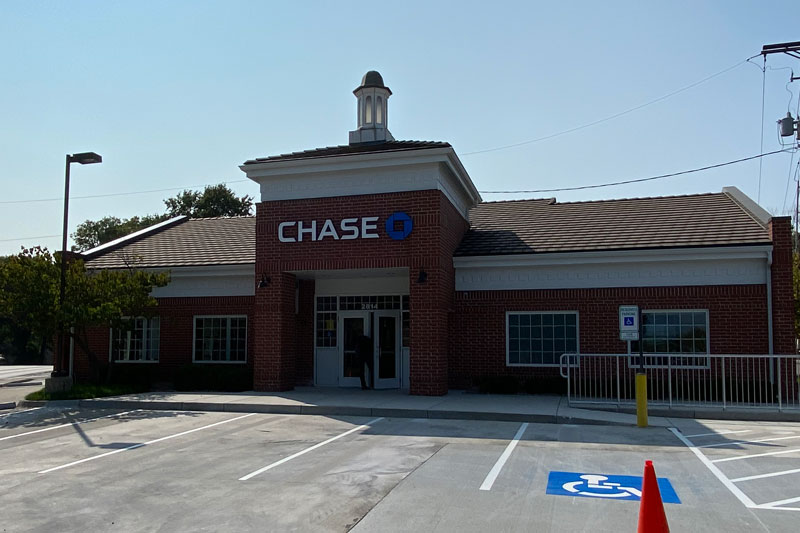 Chase is opening a bank at 2814 Shawnee Mission Parkway, the site of the former Russell Stover in Fairway. The branch is planned for an opening by the end of October, officials say.

The former Russell Stover location in Fairway is getting a new tenant.

A Chase Bank branch is headed to 2814 Shawnee Mission Parkway, according to signs located outside of the former chocolate shop. The Fairway branch is part of a national expansion announced in 2019 to open 20 branches in the Kansas City area, which the bank says will create about 200 jobs in the region.

Kiley Sidman, Chase’s Kansas market director for consumer and community banking, said plans are in place to open the branch toward the end of October. Opening the branch during the pandemic has prompted the bank to find new procedures to ensure safety, she said.

“Technology and our remote support team have been integral to making it a smooth process,” Sidman said. “We leverage virtual tools to hire our team and to prepare the branch for our clients.”

The Fairway location will be a digital first branch offering private client banking and investment services, Sidman said. Plans are in place to open the branch toward the end of next month, and Sidman said the national company chose Fairway for it’s centralized location in the metro.

“Fairway is a wonderful community and we look forward to being part of it,” Sidman said. “This location allows us to serve not only those who live in this area, but is a great location for folks who are commuting to work or out shopping.”

The change comes five months after Russell Stover officially closed its Fairway store on April 18. The decision to close the longtime Fairway chocolate shop was made in January 2020 as part of larger organizational changes.