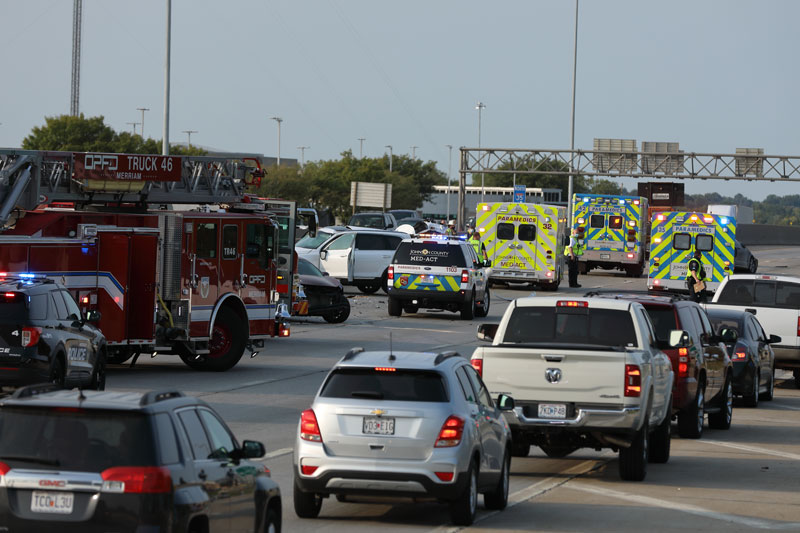 Seven people have non-life-threatening injuries after a four-vehicle crash on Interstate 35 at 67th Street in Merriam. First responders were called to the crash in the northbound lanes of the interstate just after 5 p.m. Sunday.

Recorded radio traffic states that at least seven vehicles were stopped in the two left lanes when firefighters arrived. A Dodge SUV reportedly rolled at least three times before coming to rest on its wheels.

Johnson County Med-Act transported four women and one man to the University of Kansas Hospital. They range in age from 14 to 46 years old. Two others refused transport by ambulance.

The Merriam Police Department continues to investigate the crash.

We will update this story with information as it becomes available.