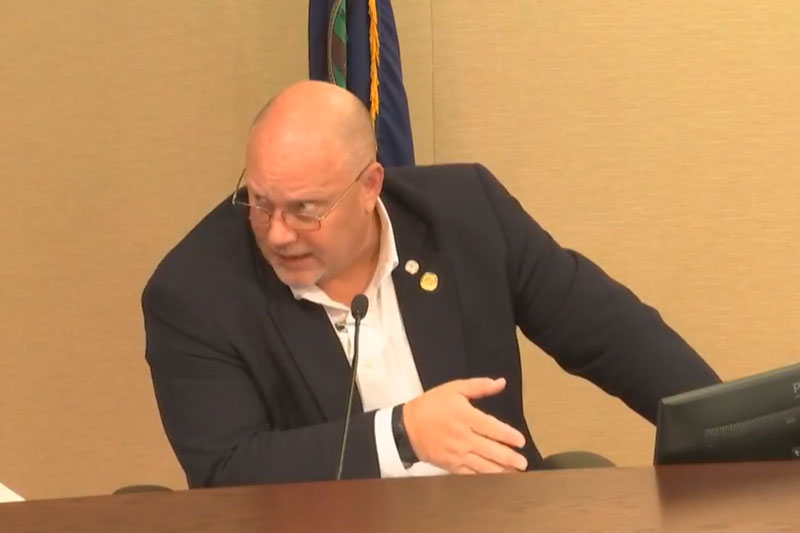 A Facebook post from Johnson County Commissioner Mike Brown, pictured above at an August Board of County Commissioners meeting, has raised concerns  — including from Kansas City, Mo., Mayor Quinton Lucas who called it 'reckless' and 'racist.'

A Facebook post calling on Johnson Countians to arm themselves and prepare for conflict with the Left this election season has sparked a swift backlash online, with some commenters concerned county Commissioner Mike Brown is calling for a new civil war.

In the message posted to his personal Facebook page Sunday morning, Brown writes about the “drums of war” he says he hears in the social unrest that has followed the police killing of George Floyd in May. In a litany of “thumps” meant to evoke drums, Brown lists street violence, violence against police officers, looting and vandalism as signals of a “coming war.”

He then calls on his followers not only to vote this November but to “buy a firearm and ammunition and take a class now to learn how to safely use it to defend yourself and your property, know what’s happening around you at all times.

“This is not a joke nor is it hyperbole. It is a real fight for control of America… and control of you. Here is another thing that isn’t a joke or hyperbole; I’d rather fight and die than live in their dictated world,” the post reads.

It ends with this message:

“And right now I’ve got my own war drum — and I’m waiting for the other side to give me reason to pound on it. And I will. Say when.”

Later Monday, the post could no longer be publicly accessed, suggesting it had either been removed from Brown’s page or the privacy settings on Brown’s account had been changed.

The imagery evoked in the post has put new fuel behind a Change.org petition calling for Brown’s removal as vice chair of the county commission. That petition began as a critique of Brown’s vocal opposition to mandatory face mask orders in the county, but it has now been updated to include Sunday’s Facebook post.

As of Monday morning, more than 2,150 people had signed it.

The post also got an alarmed response from Shirley Allenbrand, Brown’s opponent in November for the 6th District seat he currently holds.

“That’s a very scary post,” she said. “I hope his Facebook has been hacked because I can’t believe what he’s saying. Having people go out and start a war is not going to help our police department. That’s only going to put them in more danger.”

“Leadership like this is divisive and bad for business,” she continued. “It does not reflect Johnson County values.”

Allenbrand also noted that Brown has been opposed to face mask requirements and has recently said he’d ask for a vote on them at future commission meetings. “All he’s doing is creating chaos,” she said, adding that business owners prefer mask requirements to keep customers confident in their safety.

“In my post, I am only speaking out against violence and calling on other elected [officials], community leaders and citizens to do the same,” he said. “If others, too, want to curb the chance of violence then they too need to speak up and speak out against it. Their silence and the actions of those committing these crimes makes them complicit.”

Brown’s message was written hours after a gunman ambushed and shot two Los Angeles County sheriff’s deputies as they sat in their cruiser in California Saturday night. Both deputies remained hospitalized and in critical condition on Monday.

“Most folks would agree the night-after-night criminal actions of some and the ensuing deafening silence from many elected’s is wholly unacceptable. I spoke up because someone needed to do it,” he said. “Officers being ambushed, livelihoods wrecked, life savings depleted and myriad of other struggles is all unacceptable.”

This post has been updated to add Brown’s comments, which came in reaction to the backlash his original Facebook post generated. The SM Post reached out to him multiple times before publishing earlier Monday.

Brown’s post also caught the attention of Kansas City, Mo., Mayor Quinton Lucas, who is one of the officials called out by name in Brown’s message. In a tweet Monday, Lucas said he was shocked to hear such heated rhetoric from a local elected official.

“This is reckless. This is racist. This is wrong. Just stop.” Lucas tweeted.

At a time when heated rhetoric rarely surprises me, I have to admit shock in seeing something like this from a local elected. Gross distortions; encouraging constituents to prepare for armed war w/political opponents?

This is reckless. This is racist. This is wrong.

No plans to change vice chairmanship

“It’s important for folks to know that individual commissioners do not speak for Johnson County government or the board of county commissioners,” he told the Post.

“Certainly my responsibility as a county commissioner is to demonstrate care and consideration for residents and to advocate for an approach that finds common ground and hopefully brings us closer to unity rather than division,” he said.

Eilert also said the vice chairman position does not imbue Brown with additional powers or responsibility. The vice chairmanship is rotated amongst the members each year. The main duty of vice-chair is to preside over meetings when Eilert is absent.

He said there are no immediate plans to change the vice chairmanship.

Brown has become well-known for his criticism of mask orders and his skepticism of data presented by county health officials on the extent of the COVID-19 pandemic. He’s also had harsh words for Gov. Laura Kelly.

Sunday’s post extended the political criticism to other Democrats as well, with Brown naming the Clintons, former President Barack Obama and Lucas.

“They are silent. They are weak. They are not leaders,” when it comes to demanding an end to violence that has happened in conjunction with some protests, he said.

He then suggests that far-left anarchy has been a means to an end and is tolerated because it is believed to hurt President Donald Trump. 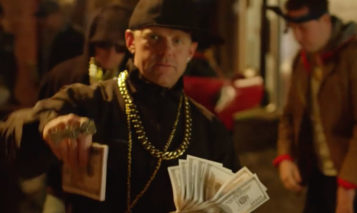 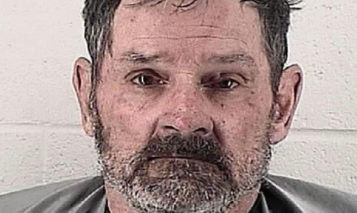 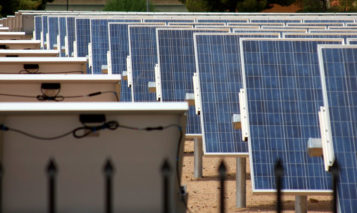