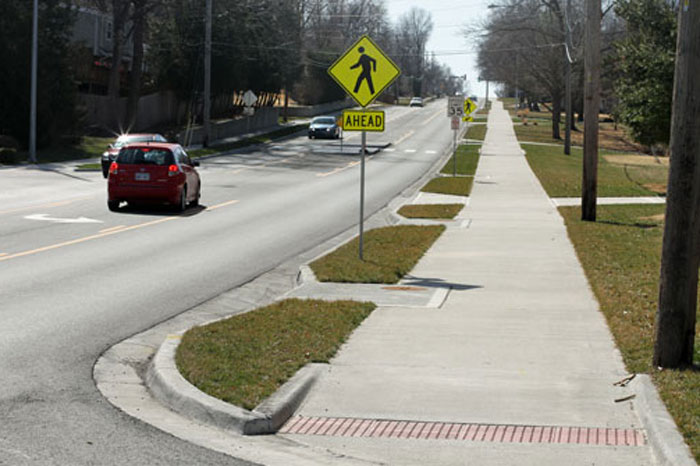 Prairie Village councilmembers directed city staff to draft an agreement to hire Kansas City-based Dynamhex to create software to track and evaluate the city’s carbon footprint and create an action plan for city officials and residents. The measure will return to the full council at a future meeting.

The Prairie Village City Council’s Committee of the Whole took steps this week toward evaluating the city’s carbon emissions and creating an action plan to reduce them.

The committee also voted 10 to 1 to direct city staff to draft an agreement to hire Kansas City-based Dynamhex to create software to track and evaluate the city’s carbon footprint and create an action plan for city officials and residents. The measure will return to the full council at a future meeting.

Dynamhex founder and CEO Sunny Sanwar made a presentation to the committee explaining the company’s tracking software and methods for creating an action plan. The company developed the software after pilot operations in Kansas City, Roeland Park, Washington, D.C., and cities in the Mid-Atlantic region.

Emissions from a variety of sources affect climate change, including various types of transportation, residential and commercial buildings and energy providers, “which vary significantly neighborhood to neighborhood, city to city,” Sanwar said. The software is designed to evaluate these sources’ effects on citywide and individual buildings’ emissions using models and various scenarios. It uses multiple metrics to determine an action plan with the best return on investment.

The software defines short- and long-term goals and includes interactive features that enable residents and business owners to add more details about changes they make to their buildings to reduce their carbon emissions.

The company prices its software and action plan based on a city’s building count. It would cost $12,000 for Prairie Village for one year, Sanwar said. The company can create a citywide summary in less than 30 days and an action plan in 45 to 60 days, and set up the interactive software features for public use in 90 days. Cities can set citywide targets, and residents can learn what they can do to reduce emissions in their households.

Dynamhex bases its carbon emissions evaluation on National Renewable Energy Laboratory models using county building permit information to determine a building’s age and features. This is a common method and the models are accurate 95% of the time, Sanwar said.

Ward 6 Councilmember Terrence Gallagher said he thought residents might not want to add details to the interactive system about upgrades to their properties because of concerns about how their upgrades might affect home appraisals. This could skew the data, making it appear that “Prairie Village may be a bad greenhouse provider.” Sanwar said his company’s software represented the current standard.

“Climate action planning in America is happening in this way, in New York City and everywhere else,” he said.

Per capita averages are applied citywide with the ability to add more detailed information. The estimates are valid even if not all residents participate, Sanwar said.

The committee also discussed but took no formal action on developing a climate action plan related to the Climate Action KC Playbook. Committee members agreed to resume discussion about a plan at a future meeting.

Climate Action KC was formed in 2018 to help the Kansas City region find solutions to climate change, according to the playbook. It is a community partnership with more than 100 elected officials from both sides of the state line, 25 municipalities, county government, school districts and water and community college boards.