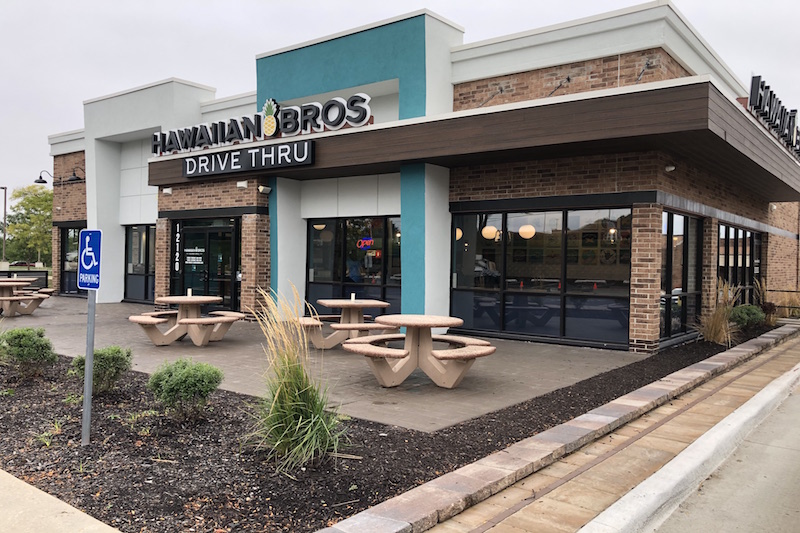 Hawaiian Bros Island Grill is looking to open a new location on Shawnee Mission Parkway, in a spot formerly occupied by Boston Market. This would be the third location in Kansas, with one in Lawrence and another in Overland Park, both of which feature the traditional Hawaiian plate lunch.

Cameron McNie, co-owner of Hawaiian Bros alongside his brother Tyler, said the proposed plan would build upon the chain’s growth in the Kansas City metro.

“We just continue to want to grow in the Kansas City area. We think Shawnee Mission Parkway is an area that would give us more of a footprint in Kansas City,” McNie said.

The project timeline is currently up in the air, McNie said, but Hawaiian Bros is hopeful the current owner of the former Boston Market space will turn the building over later this year. That would allow construction to begin immediately and bring a fully operational restaurant to Shawnee in early 2021, he said.

The Shawnee planning commission unanimously approved the site plan and recommended approval of the final plat Wednesday evening, and their recommendation for approval will go before the city council on Monday, Sept. 14.

Hawaiian Bros first opened in Belton, Missouri, followed by Lawrence and Overland Park locations, North Kansas City and most recently, Lee’s Summit. McNie said the specific Shawnee Mission Parkway location is ideal with a high traffic count, other major chains in the area and the former Boston Market space already has a drive-thru.

The proposed site plan, which is supported by city staff, includes modifications and expansions to the former Boston Market restaurant at 11600 Shawnee Mission Parkway. Below are the specific proposed plans, as outlined by city documents:

City staff support the facade changes, specifically, as “it will bring new life to the building and modernize the site,” according to city documents. The new exterior will feature aqua blue coloring with gray and brown tones.

Additionally, McNie said Hawaiian Bros remains interested in Johnson County and would “love to get a location in Lenexa.”