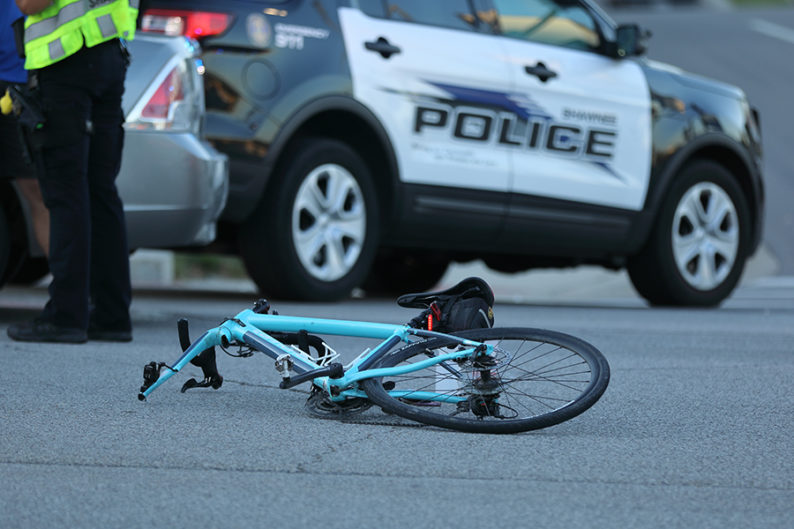 A woman was taken to the hospital with a broken leg after a car-bicycle collision at the intersection of 75th Street and Switzer Thursday. Photo credit Mike Frizzell.

A woman in her 40s was transported to an area hospital after she was hit by a car while riding her bicycle in Shawnee.

It happened just after 7 p.m. Thursday at the intersection of 75th Street and Switzer Road.

A witness said the car was westbound when the crash occurred, and the bicyclist ended up on the windshield of the car.

Johnson County Med-Act transported the woman to Overland Park Regional Medical Center with a broken right leg. Her injuries were described as serious but not immediately life-threatening.

The driver of the car stopped and remained at the scene to speak with Shawnee police.

We have reached out to the Shawnee Police Department’s public information officer seeking additional information and will update this report with those details once received.