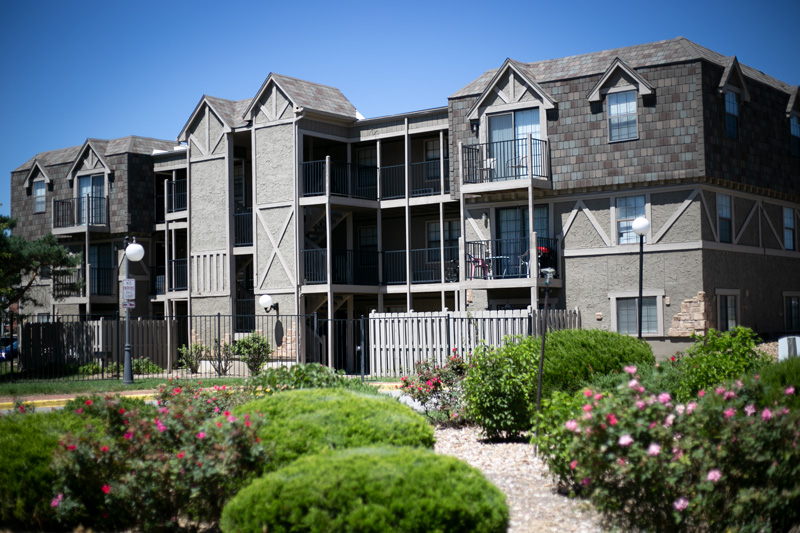 Shawnee lacks the type of multifamily housing and low-maintenance living for residents who prefer those options, yet when developers propose those types of projects, they're met with opposition from neighboring single-family homeowners. File photo.

In a virtual discussion hosted Aug. 20 by the Shawnee Chamber of Commerce Governmental Affairs Committee, Mayor Michelle Distler and most members of the Shawnee City Council discussed the merits of multifamily housing, particularly because of the city’s location along major arterials and highways, and quick access to downtown Kansas City, Missouri and the Kansas City International Airport.

Shawnee lacks the type of multifamily housing — even luxury-priced units — for residents who prefer those options, particularly empty-nesters wanting to downsize or younger professionals and families just starting out. But several residential projects — many of which are multifamily — are underway.

Joe Riedel, the virtual event’s host, broached the subject after a participant posed the following question:

“Across the community, it doesn’t seem like residents and the governing body can all agree on new multifamily projects. How will the consultants selected by the city plan to address this during the public outreach and within the comprehensive plan updates to ease economic developments efforts in this area?”

“I think a lot of people perceive high-density living to be a real challenge, a traffic problem, it doesn’t attract the right kind of people, the people that live in apartments tend to be transients, all kinds of excuses,” Zimmerman said.

Chalfie cited the need to “shift the perception” in the community toward multifamily housing.

“I think 20 years ago maybe some of those perceptions might have held a little truer,” Chalfie said. “Things have changed, and the housing that people are looking for has changed.”

‘The elephant in the room.”

Councilmember Eric Jenkins called multifamily housing “the elephant in the room” in talks about Shawnee’s growth. He believes developers should try to get more buy-in from neighboring homeowners and make adjustments to try to make such developments a “win-win” situation for all.

“The people of Shawnee aren’t really fond of apartments, new apartments, being put in,” Jenkins said. “I think that is the truth. This is probably one of the most difficult issues I have to deal with on city council, is proposals for new apartment buildings.”

“Those issues need to be addressed as part of the original package when you approach the people in this area and you approach the city with a development,” Jenkins said. “Take… into consideration, this might get some opposition. I get a huge amount of feedback considering these types of projects. Some of it’s tear-jerking, some of it’s frustrating.”

Distler said communications with neighbors and developers will be key to making progress on multifamily projects that residents can also support.

“I’m hoping that once the community has more of the buy-in and the conversation and the direction of what they want to see and how they want this to work, then there will be less pushback on these projects as they come forward,” Distler said.

A rocky history with multifamily housing

The subject of multifamily housing in Shawnee and across Johnson County has had a rocky history.

A developer sued Shawnee in Johnson County District Court earlier this year after the city council rejected its proposal to build apartments on Woodsonia near K-7 Highway. The lawsuit is ongoing and has had little public activity, although court records dating Aug. 20 show the city has hired an attorney. City leaders and residents had many concerns with the high density and increased traffic congestion next to single-family homes.

Several other multifamily projects are in the works in Shawnee. Some of them — particularly Bellmont Promenade and Westbrooke Green — have garnered opposition from neighboring single-family homeowners.

Here’s a rundown of some other multifamily projects in the area:

Construction on two senior living developments for residents 55 and older are also underway, including Veterans Park Senior Living on Pflumm Road and Seasons at Shawnee (also known as Calamar Willow Ridge Senior Living) near K-7 Highway, which is slated to open soon.

Another developer is working with the city to submit an application for a multifamily project on the site of the former Wonderscope Children’s Museum near downtown. Neighboring residents have been organizing opposition to that project for months.

Yet Shawnee is not alone when it comes to the issue of multifamily housing. For Overland Park, opposition is mostly in the downtown area, which has seen significant growth in multifamily and senior living developments in recent years. And Lenexa deliberated for four hours in a recent city council meeting over an apartment project next to Watercrest Landing North single-family homes.

Still, the subject of denser, “workforce” housing has been deemed essential to economic growth and healthier, diverse communities in Johnson County. Leaders of a countywide housing study in a summit two weeks ago stressed the need to welcome residential projects at lower price points so that moderate-income and lower-income individuals and families can afford rent or mortgage in Johnson County.

Shawnee Councilmmember Larson-Bunnell noted as such, citing her participation in a listening session hosted by United Community Services of Johnson County as part of the countywide study on housing.

“I think one of the big things that we can’t continue to be insulated from is the fact that we are rapidly heading into a national housing crisis,” Larson-Bunnell said, citing population growth in the city as well as the lack of workforce housing. “I am not saying that multifamily housing is the only solution to that problem, but we do have a problem, and maybe Shawnee can avoid that for the next 20 years, but when we’re looking at further down, it’s a problem that we have to tackle.”

Below is a video recording of the discussion, which begins at 49:00.

JoCo residents are invited to share concerns about housing affordability

Survey: Many renters say they remain priced out of Johnson County’s housing market