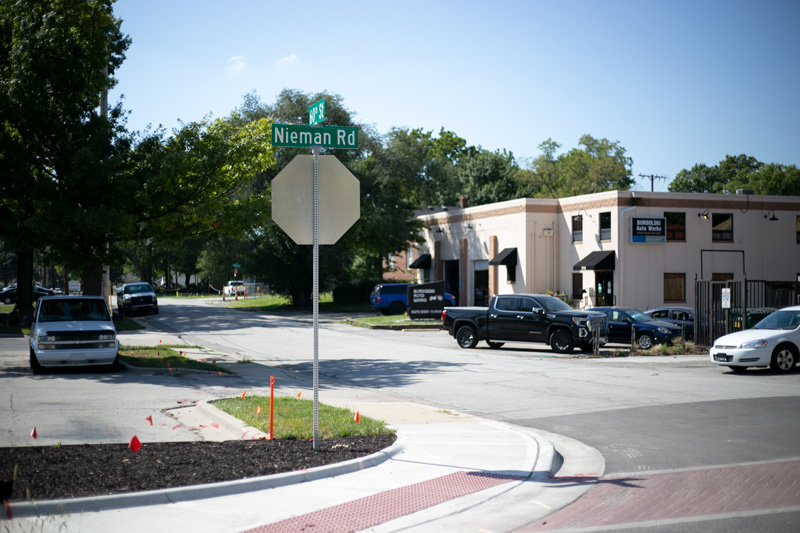 Shawnee has hired Amino Brothers Inc. for roughly $560,000 to complete roadwork along 60th Street from Flint to Nieman downtown. Some councilmembers shared some hesitation with hiring Amino Brothers, which handled road improvements along Nieman Road.

But some councilmembers raised concerns with hiring the firm for the project, considering that the same company led construction of improvements along Nieman Road, which had significant delays. That project wrapped up in May, several months past the city’s timeline.

At roughly $565,000, Amino Brothers was the lowest bidder for the 60th Street project.

The project spans three blocks from Flint Street to Nieman Road and includes:

“Given their track record in the past, I would ask that the city track their project, schedule and their progress and just give us a monthly update, let us know if they’re beginning to slip and if so, by how much, just to keep us abreast,” said Councilmember Matt Zimmerman. “More importantly, just let Amino Brothers know that the public is a little bit worn out of schedules that slip excessively. So I’m certainly going to support them and give them another chance.”

City engineer Loren Snyder defended Amino Brothers at the Aug. 24 meeting, saying that in the past year, the firm had completed a different project on time, which was worth $900,000 for the city.

Councilmember Tammy Thomas and Lisa Larson-Bunnell echoed those concerns and wanted to know if there were clawback provisions if Amino Brothers doesn’t finish the project in a timely manner. Thomas asked if the city will ensure quality control.

“I think this is an opportunity for lessons learned, and really stay close to this, that we don’t repeat mistakes that we can avoid,” Thomas said.

Mary Sullivan, owner and chief executive officer of Amino Brothers, said the company’s workers are “more than qualified to carry out what we believe that Amino Brothers is, and that’s to give the traveling public, the residents, of any project, a quality job.”

She noted that Amino Brothers typically leaves a project in which residents are fine and happy, but it does sometimes happen that residents can be unhappy.

“Our intention is always to go above and beyond to please the traveling public and the residents,” Sullivan said. “If that doesn’t happen, I am unaware of those cases.”

Sullivan added that she has the utmost respect for the city of Shawnee and how city staff has handled projects in which they’ve partnered.

“They probably got more complaints than we did, obviously,” Sullivan said. “It’s tough times for cities and entities, dealing with the public and trying to get a project in under budget and on time. There will be little bumps in the road, but being able to work with and partner with a city of professionals like Shawnee, it makes it so much easier.”

Snyder, the city engineer, said the 60th Street project is required to be complete in 60 days. The general conditions of the project include $600 of liquidated damages paid to the city for each calendar day the project is late. BHC Rhodes will be the inspector for the project.

The roughly $1.2 million project will be partially funded through a Community Development Block Grant of roughly $180,000, while the remaining costs will be funded through the city’s Special Revenue Funds, according to city documents.