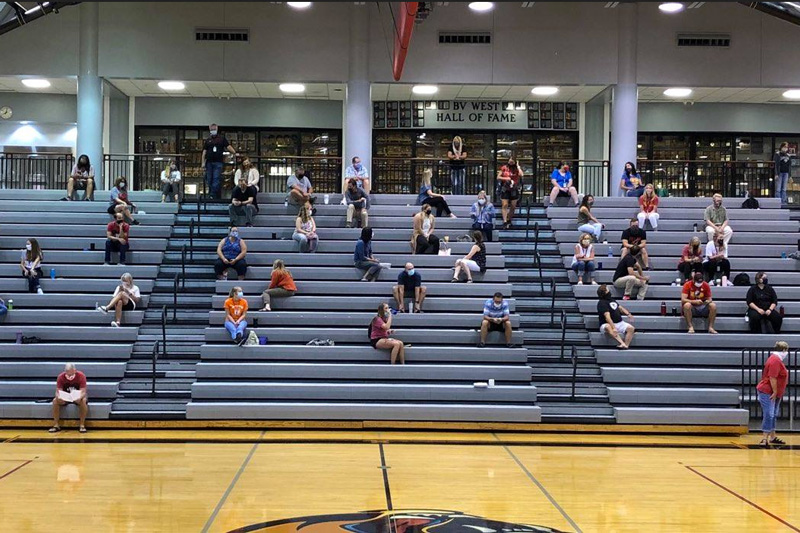 A Blue Valley mother has filed a complaint with the Kansas Attorney General’s Office, saying the school district violated the Kansas Open Meetings Act when it decided how to start the school year with older students learning online only. Photo via Blue Valley School District's Facebook page.

Laura Rozell, a Blue Valley mother, filed a complaint on Tuesday with the Kansas Attorney General’s Office, saying the school district violated the Kansas Open Meetings Act when it decided how to start the school year with older students learning online only.

In a letter served to the district by her attorney, Rozell has argued that the school board should schedule a meeting to vote on whether to approve the district’s plan. Rozell is pushing for schools to open and sports to resume during the COVID-19 pandemic.

The Blue Valley school board in August unanimously agreed to follow reopening criteria released by the Kansas State Department of Education. Later that week, district officials announced that middle and high schoolers will start the school year learning remotely. Elementary students will return to class in a hybrid model, going in person part of the week and learning from home the rest. The district also suspended all sports.

The complaint filed with the state argues that the district violated open meetings law because the school board did not reconvene to vote on the reopening plans. [Blue Valley mother wants schools open, files complaint with Kansas attorney general — The Kansas City Star]

Chief Frank Donchez congratulated her, and the department shared well wishes on Twitter.

After business owners asked that no parking be taken from the street for traffic calming improvements, Westwood Hills held a special city council meeting on Aug. 24. The city council approved a streetscape design that includes the following: