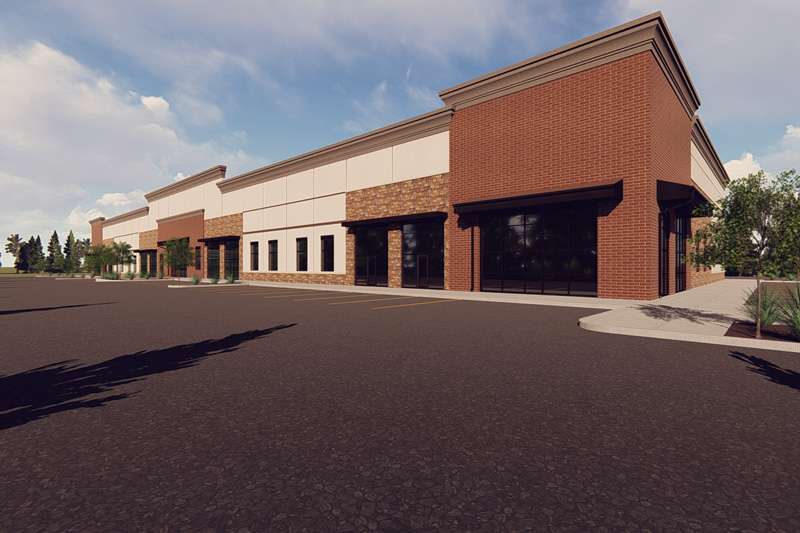 The Lenexa City Council on Aug. 18 unanimously approved issuing up to $10 million in industrial revenue bonds for a new commercial project at Lackman Road and College Boulevard. Image courtesy city of Lenexa.

The Lenexa City Council has unanimously approved issuing bonds for a new commercial project in a southern part of the city.

Located on the northwest corner of College Boulevard and Lackman Road, the Ace Properties Project includes construction of a multi-phase office and warehouse spanning multiple buildings and roughly 63,000 square feet.

The city will issue up to $10 million in industrial revenue bonds for construction costs for the project. The plans also include a 10-year, 50% property tax abatement with a payment in lieu of taxes (PILOT) agreement.

Ace Properties LLC, the developer, submitted the application to the city ahead of construction.

The project includes multiple phases, with the first phase expected to begin in late 2020 and completion of all phases by the end of 2024, according to a city memo.

The project is eligible for a 50% abatement because of the “unique site constraints” associated with the project, including limited access to the site, a railroad easement on a portion of the property, an adjacent communications tower, and other “challenging site conditions associated with infill development,” according to the memo.

The PILOT agreement between the city and the developer also assumes a minimum capital investment of $3 million in the first two years and an additional capital investment of at least $10 million on or before Dec. 31, 2024. If the developer fails to meet those conditions, the PILOT agreement also includes a clawback provision that increases the required PILOT payment and reduces the duration of the 10-year abatement.

The estimated $10 million in industrial revenue bonds is not backed by the full faith and credit of the city, so the developer is responsible for repayment of the bonds and all fees related to the bond issue, according to the memo.