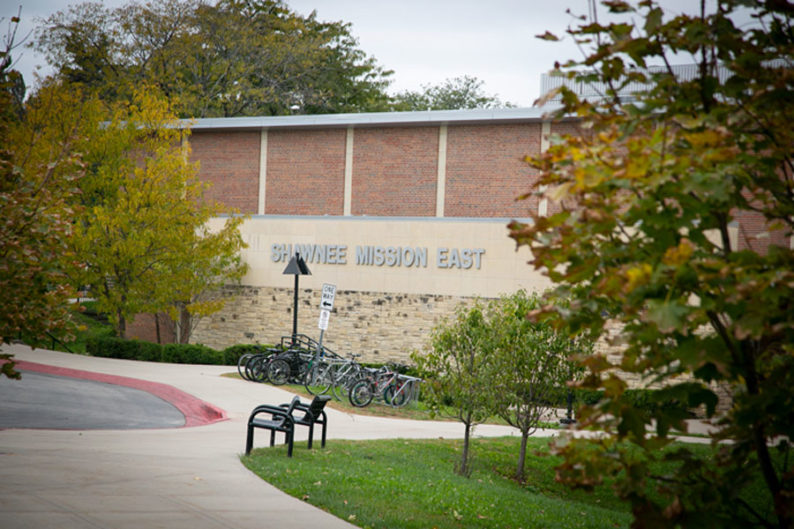 Five high school girls golfers have sued the Shawnee Mission and Blue Valley School Districts over the districts’ recent decisions to suspend all student sports and activities this fall amid the COVID-19 pandemic.

The plaintiffs, which include four students on the Shawnee Mission East High School girls golf team and one student on the Blue Valley West High School team, are seeking a temporary restraining order that will allow them to start competing immediately.

The only golfers named in court filings are twin sisters Hope and Hanna Robinett, both 18 years old and going into their senior years at SM East. The other three are minors suing through their parents: James and Julie Hepler; Billy Roman; and Todd Misemer.

In documents filed in Johnson County District Court Wednesday, the five — through their lawyers — argue that golf is the “ultimate social distancing sport,” and that the districts’ decisions to suspend all extracurricular activities without considering “inherent safety differences” between sports was “unnecessarily broad.”

“There can’t be a safer thing for high school kids to do than play golf,” the girls’ lead lawyer John Duggan, with Overland Park-based law firm Duggan, Shadwick, Doerr and Kurlbaum, told the Post in a phone interview. “These girls want to get back on the course. They’re highly competitive and they want to have their seasons.”

The golfers’ court filings note that the National Federation of State High School Associations lists golf as a “lower risk” sport and that some public golf courses in Johnson County reopened early on during the pandemic in March, following “Safe Golf Recommendations” issued by the county.

The girls, through their lawyers, argue their due process rights and “freedom to expressive association” are being violated by the decision to postpone fall sports and activities in Shawnee Mission and Blue Valley. They also say they’ll miss out on the chance to compete with other highly rated high school golf teams around the metro, including those in De Soto and Lawrence, which are currently forging ahead with fall seasons.

They say they will “not have opportunities to showcase their talents for college recruiters and potentially earn college scholarships to prestigious schools” and that they will “suffer emotional damage if not permitted to compete … especially the seniors at the end of their high school careers desiring one last chance to chase their dreams and goals with friends and teammates.”

Duggan said there is a hearing set for Friday morning, when a judge will consider the request for a temporary restraining order. If instituted, he said, the girls would be able to begin competing immediately, while the order lasts.

The Shawnee Mission School District did not immediately respond to a request for comment regarding the lawsuit.

In the court filings, the golfers argue that Shawnee Mission Superintendent Mike Fulton “acted without policymaking authority” when he announced Aug. 18 that all students in Shawnee Mission — some 27,000 students, in total — would begin the academic year on Sept. 8 learning remotely and that all extracurricular activities, including golf, would be suspended indefinitely starting Aug. 21.

Fulton’s announcement came after the Shawnee Mission Board of Education, on July 27, approved a resolution affirming the district’s plan to reopen amid the ongoing pandemic. The plan, the resolution noted, was “designed to ensure that the district has a safe plan to deliver instruction … to be informed by actionable criteria articulated by the Centers for Disease Control and Prevention, the Kansas Department of Health and Environment and the Johnson County Department of Health and Environment.”

JCDHE then released its “gating criteria” a day later on July 28. This included two primary metrics aimed at helping schools in Johnson County determine how fully they should reopen — percent positive tests and new cases of COVID-19. On Wednesday, JCHDE’s “gating criteria” showed the 14-day average of percent positives at 11.4% and new cases increasing at more than 120 per 100,000, both data points putting county schools in the “red zone” for reopening.

County health officials have argued, including at a “virtual town hall” hosted by Shawnee Mission Schools Wednesday, that COVID-19 trends countywide continue to move in the wrong direction and could make in-person instruction and activities potentially unsafe.

But the golfers’ filings note that at multiple public meetings in August — after the July 27 resolution was adopted by the board — the Shawnee Mission Board of Education never voted again on motions to formally adopt JCDHE’s “gating criteria.”

One of the plaintiff’s parents, James Hepler, addressed the board on Aug. 24 during public comments, arguing that golf was a “safe, naturally social-distanced, outdoor sport … which students should be permitted to play.” Hepler noted at that meeting that Johnson County had “actively encouraged its citizens to play golf during the pandemic.”

The Kansas High School Activities Association recently approved an “alternative season” for fall sports to be conducted in the spring, if schools decide to delay fall seasons in 2020. For girls golf, that alternate season would start March 1 and include two fewer competitions than a typical fall season. The spring “alternative” would also not include state championships.

“Let the girls have their season, a chance to defend their title,” he said.