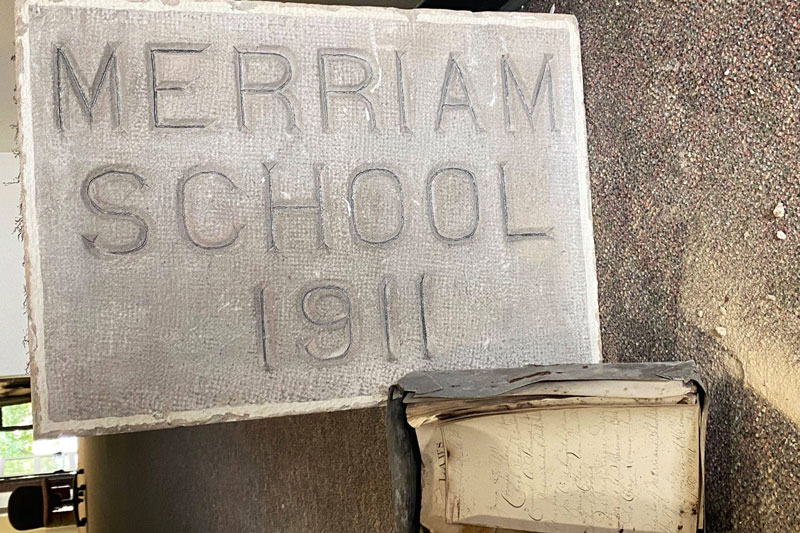 A time capsule was found in the cornerstone of Irene B. French Community Center's 1911 original building during the beginning of the excavation process. Photo courtesy of City of Merriam.

As Denton Excavating crews worked on demolishing Irene B. French Community Center, they stumbled upon a piece of history.

A time capsule was found in the 1911 cornerstone — that crews were removing for preservation —  of the former Merriam community center.

“It just kind of brought the whole project full circle,” said Meredith Hauck, assistant city administrator. “From what an important construction project this building was in 1911 and then now, how we’re moving forward to continue to honor history on that site as we move into the next evolution of 5701 Merriam Drive.”

Below is a list of the artifacts found in the time capsule:

Originally built in 1911, the building that eventually became IBFCC once housed multiple schools including Johnson County Community College and Kansas City Christain School. The 5701 Building committee looked into options for the former facility after Merriam moved forward with the new community center at 6040 Slater Street.

After a two-year, resident-led process, Merriam approved the IBFCC demolition late July 2020. The city is preserving the cornerstone, one of the stone mosaics and 40 cubic yards of exterior rock from the original building.

The artifacts will be saved, and for the time being, will be held at the Merriam Visitors Bureau at 6304 E. Frontage Road, Hauck said.

An amazing find! Construction workers discovered a small time capsule in the 1911 cornerstone of the Irene B. French…