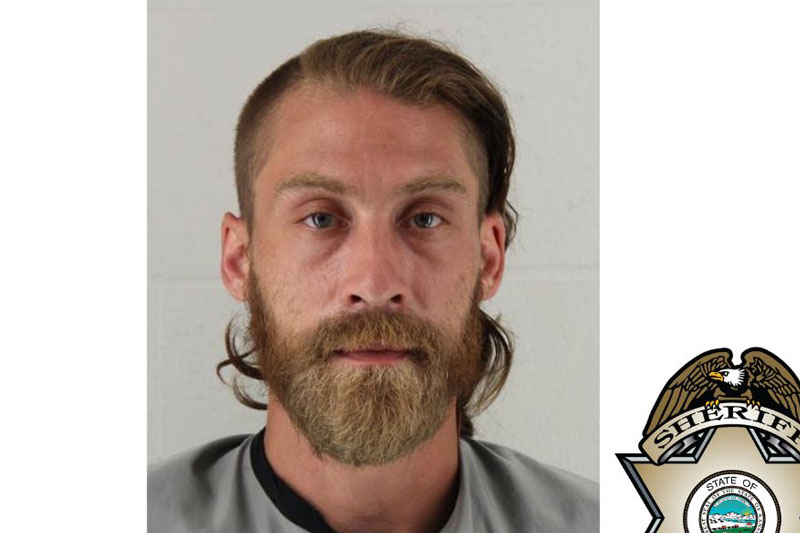 The Shawnee Mission Post’s policy on using mugshots in stories is evolving. In most instances, we will try to avoid using them, but that decision will be made by an editor on a case by case basis. In cases where the person pictured poses a potentially imminent threat to the community, we will err on the side of publishing a mugshot, especially if it’s the only image of the suspect we have available to us.

Update: Just before noon, the Johnson County Sheriff’s Office tweeted that Naves had been “apprehended without incident.”

Elijah Nathanial Naves, an inmate at the Johnson County Jail, has escaped from custody while at the Olathe Medical Center.

In a Monday morning tweet, the Johnson County Sheriff’s Office said it was attempting to locate the 27-year-old Naves, who is described as a white, six-foot, 150-pound male. According to authorities, he was last seen in a green hospital gown and blue and white striped jail-issued pants.

Naves was arrested on Aug. 26 on aggravated robbery charges, according to Johnson County District Court records. He was last seen at 4:30 a.m. Monda and was traveling south from the Olathe Medical Center, 20333 W. 151st Street.

Additionally, it is believed Naves is driving a white Ford truck with blue, Mynatt Equipment decals on it. The sheriff’s office’s tweeet asks the public not to contact or attempt to stop Naves if he is seen but instead to call the Sheriff’s Office at (913) 782-0720.

This story will be updated as more information becomes available.