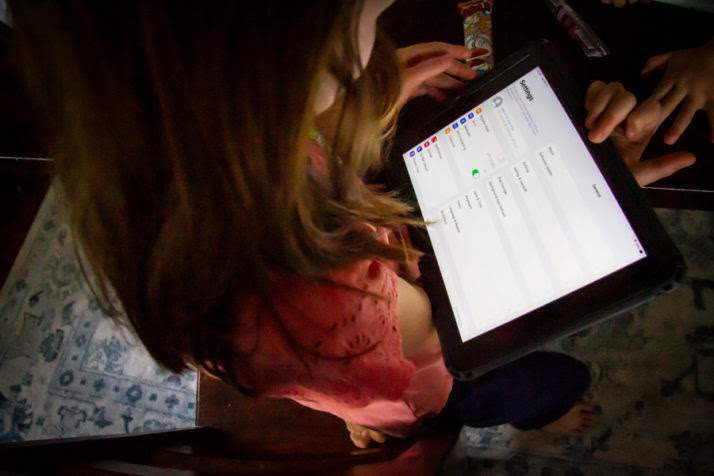 All of Shawnee Mission's roughly 27,000 students are starting the year learning remotely.

With all of Shawnee Mission Schools’ roughly 27,000 students set to start the coming academic year in remote learning, the district has ordered 500 Wifi hotspots aimed at helping some families connect to the Internet at home.

At the Board of Education’s meeting Monday, Christy Ziegler, the district’s Chief of Student Services, described the hotspots as a “temporary fix” for this school year, which has been drastically altered by the ongoing COVID-19 pandemic.

“We know we have students who live in homes that do not have Internet access,” Ziegler told the board. “We have families who are needing this assistance.”

The board voted unanimously to authorize $282,200 to purchase 500 hotspots through Kajeet, a company that specializes in wireless connectivity issues in schools and higher education. That money will come from the $2.6 million in federal pandemic relief funds the district received earlier this year.

The hotspots themselves cost nearly $90 each, but the brunt of the purchase will be covering one-year unlimited data plans for the devices, which cost more than $470 per hotspot. Each hotspot will come with 30 gigabytes of data service per month, which can be extended to an additional 500 megabytes per day if a student or family goes beyond that. (The 30 GB threshold is in line with what industry studies show is the average monthly data use for wireless customers in the U.S.)

Ziegler pointed out that Kajeet, which has worked with districts “smaller and larger” than Shawnee Mission, contracts with multiple carriers, which said was important for Shawnee Mission.

“We recognize there are some areas or zones [inside the district] that are barren depending on the carrier. So, we can switch those devices out if needed because some might work better in different spots of our community,” she said.

The district’s plan calls for the purchase of:

Ziegler said the hope was to have all the devices purchased and distributed to families who needed them by the start of school on Sept. 8.

“But principals will have some latitude in determining who needs the hotspots among their families,” Ziegler said.

Shawnee Mission staff returned this week for pre-service training and beginning to prepare for the start of remote learning after Labor Day.

Johnson County health officials have advised schools that key COVID-19 metrics, including new cases and percent positive test rates, have both increased in the county in recent days, making in-person learning potentially unsafe. But the county health department’s reopening guidelines also recommend elementary school-aged children be sent to school for in-person learning, if proper safety guards are in place, because younger children “have the largest educational benefits to gain by being in school.”