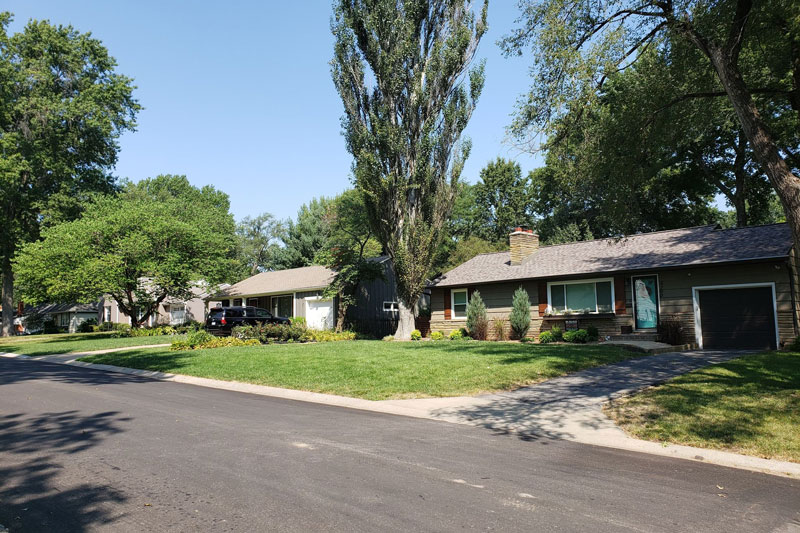 County commissioners voted last week to reduce by a fraction the rate they plan to levy against property, in a nod toward tough times constituents are facing due to the pandemic.

The final vote on the $1.25 billion budget calls for a mill levy of 25.6 mills. The final taxing rate will depend on how appeals end up on property assessments. If valuations are down, the final mill rate could be slightly higher, at 25.780 mills. That’s about a quarter of a mill lower than the current budget.

The budget calls for about $930 million in expenditures and $315.5 million in the reserve fund.

Commissioners have been under pressure the past few weeks to reduce spending. Even though the mill levy they voted on will be slightly less than the current one, the amount collected in property taxes will be higher because of increases in home values.

About a dozen taxpayers showed up at a recent public hearing to voice their displeasure over the increased amount they would pay. One of those, Rebecca Shipley, of Olathe, also spoke before the vote Thursday, saying she struggles to keep her small business afloat. “Any increase of any kind is cruel,” she said. “We elected you guys to lead and not so spend us into bankruptcy.”

Commissioner Mike Brown, who encouraged the public hearing turnout, also objected to the budget before the vote. “This couldn’t be coming at a worse time,” Brown said. “It is shameful and it’s embarrassing that the Johnson County Board of County commissioners is blaming a property tax increase on the valuation appreciation on your real estate.”

Brown tried to emphasize his point by saying that the $1.25 billion budget constitutes a 25 percent increase in property tax spending from four years ago. However he got pushback from Chairman Ed Eilert, who noted that the total budget number includes money from other sources, including wastewater fees, sales tax and other user fees.

The amount of the budget that comes from property taxes has risen about 5.3 percent the past year, said Budget Director Scott Neufeld. That amount is $291.1 million, up from $276.4 million a year ago, he said.

Eilert also pointed out that the county has furloughed employees and made other cuts to its spending for 2021. The county unfunded 69 positions in the 2021 budget, and the 4,105 full time equivalent positions are still less than at the beginning of the 2008 recession, even though the population and demand for services has increased, Eilert said.

Brown said that even with the quarter-mill reduction, the county will still be collecting about $8.2 million more than a year ago.

Commissioner Jim Allen said though there are good arguments on both sides, “In this environment to have a small mill levy decrease does send a positive message.”

Commissioner Becky Fast cautioned that county services like mental health and the ambulance service are needed. “These are real lives, real positions, real services,” she said, that are even more important during the pandemic.

Brown countered that, “there are real people being impacted on the taxpayer side too. We’ve got to balance those.”

Neufeld said the county staff intends to take the cuts out of reserves.

The budget was approved 5-2, with Brown and Commissioner Michael Ashcraft voted against. A separate vote lowering the mill levy passed 6-1, with Brown the only “no” vote.

The final mill levy rate will be determined by November, when tax appeals are finished.