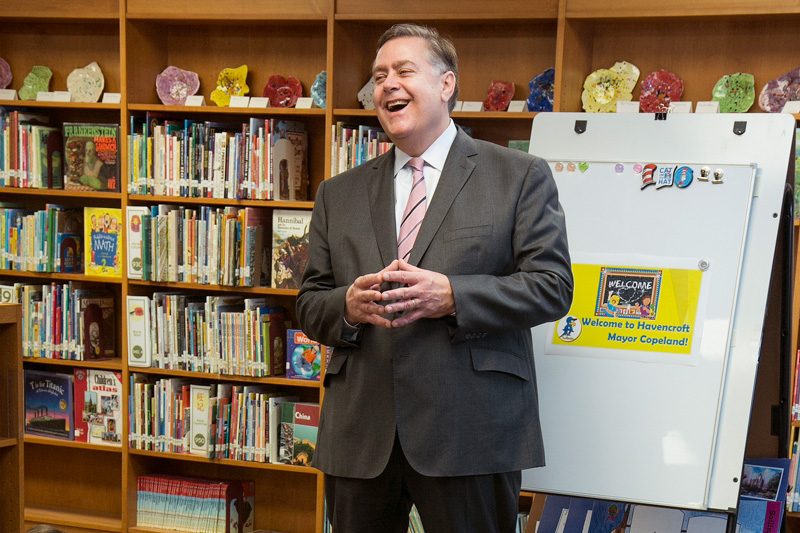 Michael Copeland, the city of Olathe’s long-time mayor, died Wednesday night, Aug. 19. The city of Olathe posted an announcement of Copeland’s death on Thursday. He was 58.

“I can’t begin to say how much Mike will be missed,” Bacon said. “I lost a great friend of 40 years, and the community lost a true advocate and cheerleader who loved Olathe. Olathe loved Mike as well. We will do our best to carry on his legacy.”

Copeland first joined the Olathe City Council in 1993, and was elected mayor in 2001.

“Mike first moved to Olathe from California to play football at MidAmerica Nazarene University,” said the city’s statement. “He fell in love with the community he would one day lead and champion. His contributions in Olathe and the region are numerous.”

Copeland invested much of his efforts on children’s causes, philanthropic work and his time serving on numerous commissions and boards in the region. The city has a list of achievements while in the city’s top office for nearly two decades.

“The popular mayor had friends throughout the community and was said to have never met a stranger,” Olathe wrote. “He was considered Olathe’s greatest cheerleader and an incredibly humble leader.”

Officials from across the Kansas City region offered their condolences Thursday.

Overland Park Mayor Carl Gerlach, in a statement, noted Copeland’s role on the Bi-State Commission, which helped renovate Kansas City’s Union Station and construct Science City. “In addition to our shared public service, Michael was a good personal friend. We grew close after working together for many years, and I will miss him,” Gerlach wrote.

Kansas Gov. Laura Kelly, on Twitter, said, “I was saddened to hear of the passing of Olathe Mayor Michael Copeland. Mayor Copeland served his community with honor and integrity for nearly 20 years. I offer my condolences to the Mayor’s family, friends, and the Olathe community during this difficult time.”

Copeland is survived by his wife Maria, and children Olivia, Abigail and Joshua.