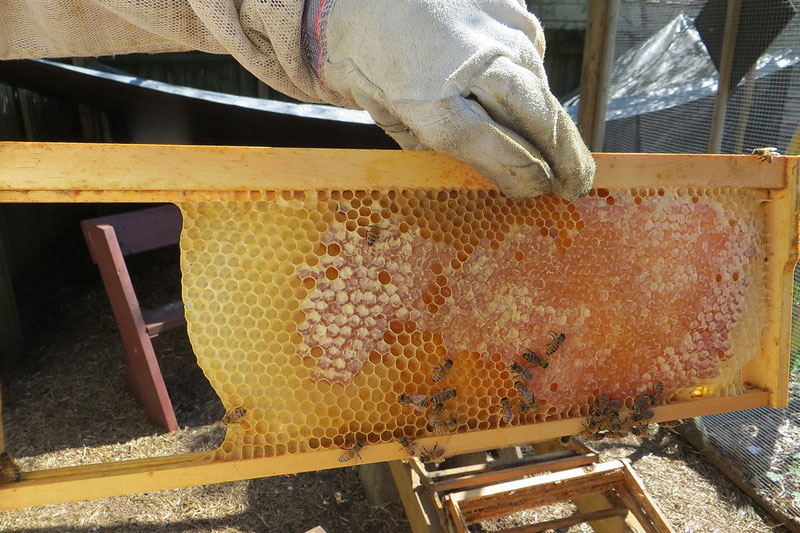 The Leawood City Council this week directed the city attorney and staff to work on a draft ordinance that would allow beekeeping in the city. The neighboring communities of Prairie Village and Overland Park both allow beekeeping. Photo credit Jason Riedy. Used under a Creative Commons license.

The Leawood City Council this week directed the city attorney and staff to work on a draft ordinance that would allow beekeeping in the city.

City Attorney Patty Bennett made a presentation on beekeeping at the council’s Monday meeting. Bennett said she had researched a few area cities’ beekeeping regulations and would research them further in preparing the draft ordinance.

City Administrator Scott Lambers said the measure would be considered a development ordinance and treated as a Planning Commission item with a required public hearing. That will probably occur toward the end of this year or early next year, and then the measure will return to the council for consideration.

Mayor Peggy Dunn said she had not received any requests from residents about beekeeping. She wants city staff to consider including provisions in the draft ordinance that would address protection for those who are allergic to beestings.

Prairie Village has allowed beekeeping since 2015 and Overland Park has since 1983. Neither city requires a beekeeping permit. Prairie Village City Administrator Wes Jordan said the city had not received complaints about beekeeping that he knew of. With no permit requirement, city officials don’t know how many residents keep bees.

Bees and people “can coexist in a residential environment and not be a problem,” Jordan said. Beekeeping is valuable because bees play a vital role in supporting a healthy environment and pesticide use has decreased bee populations.

Overland Park spokesman Sean Reilly said he was unaware of any beekeeping complaints made to the city. Overland Park’s beekeeping ordinance includes the following requirements:

The United States had 2.88 million honeybee colonies in 2017, down 12% from a record high 3.28 million colonies in 2012, according to the U.S. Department of Agriculture. Managed honeybees add almost $20 billion to the value of U.S. crop production, according to the American Beekeeping Federation. Honeybees help increase the yields and quality of crops through pollination, and many U.S. crops would not exist without them.

The federation has a free beginner’s beekeeping toolkit on its website.