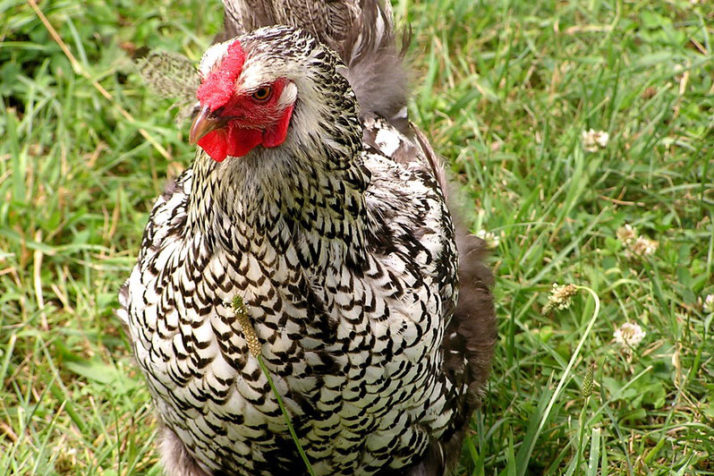 Ward 1 Councilmember Chad Herring said at Monday’s meeting that he would have preferred an approach to license residents wanting to keep chickens and that the council might consider doing that if problems arise. He suggested posting information on the city’s website about safely handling backyard chickens and including links to the Centers for Disease Control and Prevention’s online publications “Healthy Pets, Healthy People” and “Healthy Families and Flocks”.

Deputy City Administrator Jamie Robichaud said city staff would post information on the city’s site describing in plain language what the new ordinance allows and prohibits, and that an article about the new ordinance would be included in an upcoming edition of The Prairie Village Voice.

Ward 2 Councilmember Ron Nelson said he supported the measure despite his “significant concerns about the lack of licensing, the lack of permitting — for all the reasons that have been discussed in previous sessions — and I foresee that there are going to be problems, but the train’s left the station.”

The council’s action culminates a process that started June 15, when its Committee of the Whole voted 9 to 3 to amend the city’s animal control regulations to allow residents to keep backyard hens. The full council voted 8 to 4 on July 6 to approve an ordinance allowing that. But the ordinance could be implemented only with the Planning Commission’s approval of a zoning change, which it gave Aug. 4.

Ward 2 Councilmember Ron Nelson, an attorney and president of the Prairie Village Homes Association (PVHA), the city’s largest, said in July that the association’s deed restriction prohibiting the keeping of livestock or poultry would override a city ordinance allowing residents to keep chickens.

A homes association is essentially a contractual relationship between the homeowners in the association.

“It’s a little different than a contract,” he said. “It’s called ‘a covenant running with the land,’ so subsequent owners are also responsible to follow certain rules and deed restrictions,” Nelson said. “A city can pass an ordinance allowing or disallowing something, but if the homes association restrictions are more strict than the city’s, then the association controls. If the city’s restrictions are stronger, it controls.”

The PVHA’s deed restrictions and those of all other J.C. Nichols Co. homes associations state that an exception to the prohibition of livestock or poultry can be granted with written consent of the J.C. Nichols Co., which assigned that authority to the PVHA’s board, Nelson said.

But the board “cannot merely make whatever exceptions to the deed restrictions that it wants on a request by any resident,” he said.

The PVHA’s board had received no request regarding allowing backyard hens, Nelson said. It acts only on requests, not on general discussion of an issue.