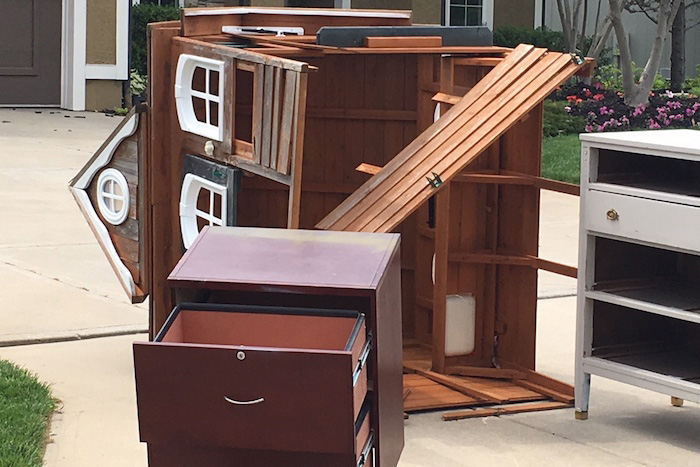 Citing concerns from trash haulers on the viability of Tidy Town as it is, the Shawnee mayor has asked the city council to reconsider its decision to keep the bulky item pickup program the same.

City staff earlier this month presented some potential revisions to the program that would have put more control in the hands of the trash haulers and would have essentially removed the city as the “middle man” in the process.

Representatives of two licensed trash haulers raised concerns that their companies lacked the manpower and equipment to complete Tidy Town pickups during the program’s timeframe, which in previous years has been spread out over three spring weekends.

But the city council voted 4-3 to keep the program the way it is, except the city would allow trash haulers to negotiate on the annual dates.

Mayor Distler wanted the discussion to continue, especially after listening to the council’s discussion in committee, Aug. 4. During the city council meeting on Monday, she requested the subject be raised again in committee.

“What I was hearing the haulers say is it’s not physically possible with the trucks they have and the staff they have,” Distler said “The one year it ended up taking seven weeks to get everybody’s stuff picked up, so then our city for two months was looking very trashy because they just don’t have the manpower or equipment to get it all done in three weekends.”

Trash haulers are restricted by the number of hours that staff can work. Staff can only work 60 hours a week under state regulations, according to city documents. Additionally, the trash haulers switched to more efficient garbage trucks, but those new trucks can’t pick up bulky items.

“Because if we’re going to require the haulers to buy additional trucks to be able to do big pickup and have additional staffing, that’s going to be a substantial increase to the residents’ Waste Management rates,” Distler said. “I would like to get that number of what it’s going to cost them, their increased costs, that they’re going to be passing on to our residents, before we say that that’s what we’re going to do.”

Councilmember Eric Jenkins, who was vocal in committee about keeping the Tidy Town program as is, said he wanted the trash haulers and city staff to present more data to demonstrate the problems with keeping the program in its current form.

“We do put up with the dump in our town, that’s a pretty big hardship on the part of the people who live out west, and the whole city in a lot of respects,” Jenkins said. “Come on you guys, show me where you can’t do this anymore.”

Councilmember Kurt Knappen added that he wants to see what other cities do for bulky item pickup.