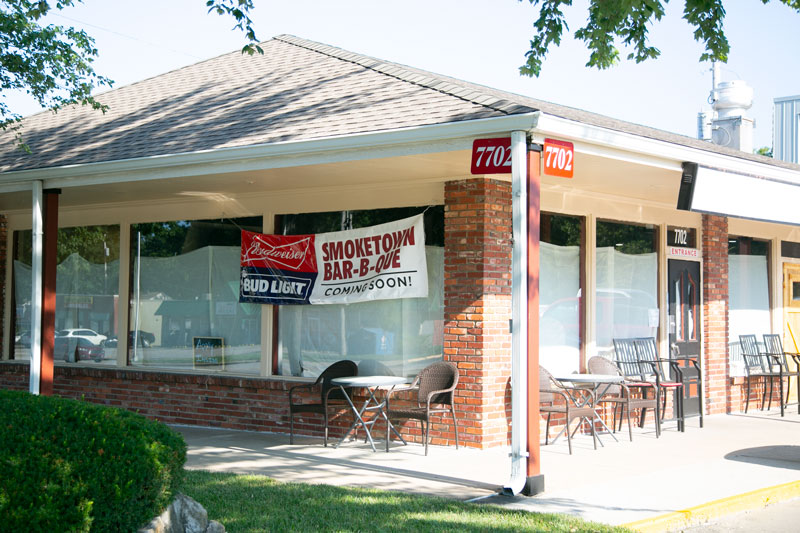 A new barbeque restaurant is opening at 7702 Shawnee Mission Parkway. Smoketown BBQ is expected to open in late August or early September 2020.

Smoketown BBQ KC will be a family owned and operated restaurant and will have a combined 120 years of experience on staff, worker Shannon Hammer said. The BBQ restaurant is expected to open in late August or early September.

Hammer and her family wanted to open a restaurant after the one they’d worked at — which Hammer asked not to be named since Smoketown is completely separate — closed.

“We were at a family owned restaurant and the owner of that restaurant decided he wanted to retire and he was finished — but we were not, so, we went our own way,” Hammer said.

The barbecue restaurant will replace the former teriyaki bowl restaurant Maui Express that temporarily closed in March 2020 due to COVID-19, and never opened back up. Hammer said the Shawnee Mission Parkway location was an easy choice as the hustle and bustle of the thoroughfare will benefit the restaurant.

As the family navigates opening in the midst of a pandemic, Garcia said they’re still excited about the opening despite having to focus on COVID-19 safety measures.

Customers can expect to wear masks and remain socially distant when Smoketown opens, which will be either late August or early September. Constant sanitizing, limited capacity and carryout options are also part of Smoketown’s safety measures.

Hammer said Smoketown is ready to take on the Kansas City barbecue scene, and Terri said the team’s experience will show for itself.

“We’re not the new guys, we’re just on a new adventure,” Terri said.