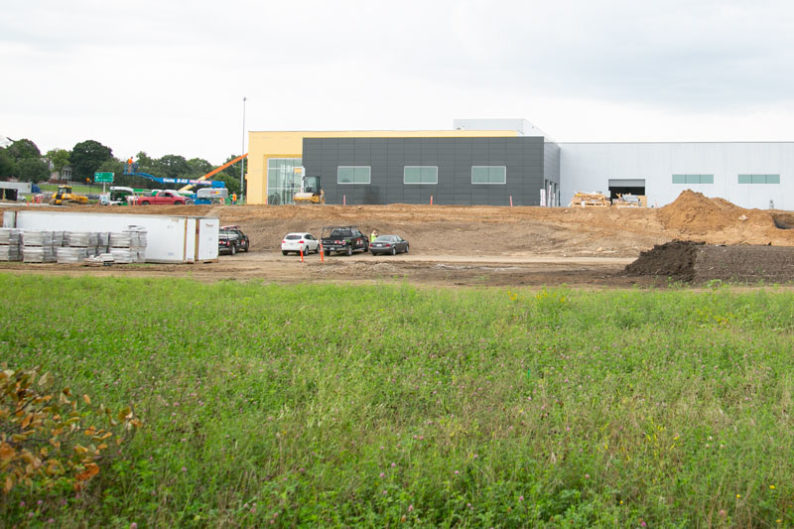 The redevelopment lot "Track B" is located directly between the existing Infiniti car dealership and the Dodge, Ram, Chrysler and Jeep dealership, which is in the process of being built.

The Merriam City Council will consider allowing a redevelopment at Merriam Pointe along I-35 that was originally intended for the site of a new car dealership be sold instead and used as a parking lot for another existing dealership nearby.

Randy Reed, owner of the Chrysler, Dodge, Jeep and Ram dealership being built near 70th Street and Antioch, says he would like to use the Merriam Pointe site as a four-acre “outdoor showroom” or parking lot for his dealership. But the change in use for the redevelopment lot that Reed is proposing could result in an early termination of tax increment financing, or TIF, for the site.

Two months ago, the city council approved developer Richard Webb’s request to push the operational date for the planned dealership at Merriam Pointe from July 2020 to December 2021. The agreement would have paid $6 million in TIF once the 45,000-square-foot dealership was up and running. The TIF for the redevelopment agreement runs until July 2023.

Mayor Ken Sissom said the city is fortunate that Reed is building a new dealership near to the Merriam Pointe site and is interested in the property.

“I want you to try to imagine what it would be like to have that dealership without property on the side of it, I mean, it takes up the whole lot,” Sissom said. “We’re not necessarily compromising by not having a new dealership [there], we got a dealership that operates four different lines of vehicles on that property.”

City Administrator Chris Engel outlined the agreement to terminate the city’s initial plan for the site at Merriam Pointe to be developed into a dealership, which he said councilors could expect to see at a future city council meeting.

The agreement outlines the following:

Engel said the termination agreement would be a “win-win” for everyone: the developer Webb would potentially make some money off the sale and Reed wouldn’t have to use an additional lot in Lenexa for surplus car stock.

Additionally, the city could terminate the TIF funding earlier, allowing sales taxes from the dealership to funnel into the general fund, Engel said.

The city council did not take any formal action, but will consider a termination agreement at a later date.