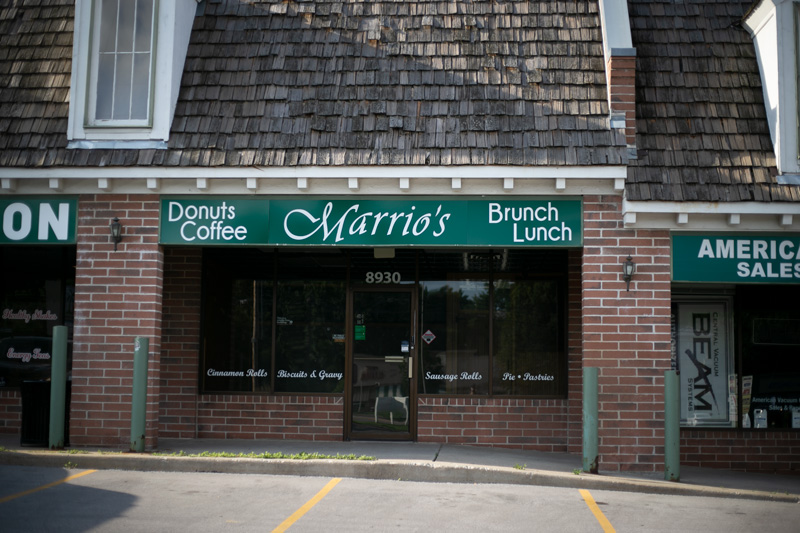 Marrio's Donut Shop in Overland Park has closed permanently due to the COVID-19 economic shutdowns. The business closed just shy of its second anniversary.

Owner and shopkeeper Mica Marriott posted her decision to close on Facebook at the end of May, citing the financial effects of the extended shutdowns that kept her out of business for months.

“This sounds really weird, but I’m really grateful because I could have been way worse off,” Marriott said. “I think about how bad and how worse off other people have it and how bad and worse my situation could have been that I try to dwell on how good it ended up, if that makes sense.”

‘It was just chaos’

On March 16, Johnson County mandated that restaurants like Marrio’s shut down for 15 days.

“It was just chaos with the stuff that was coming out in the news,” she said.

Within days of closing, Marriott received a series of bad news: One of her major suppliers was bought out so she couldn’t get the flour and baking ingredients needed to create items for takeout orders.

“That pulled the rug out from under me,” she said. “Me being such a small one-shop bakery… they didn’t put any aside for me because of… my customer volume, which I understand that.”

Then came the church closings.

Nearly half of her sales came from churches with doughnut orders; when those customers started canceling Sunday services in mid-March, she ran out of business. At that time, she was still trying to recoup losses when she had closed for several days to care for her husband, Nathan Ward, who was in a car accident earlier this year.

Marriott pulled out all the stops to keep afloat: She tried getting coverage from her business insurance, but found out that health pandemics are not covered in her policy. She took part-time work with a neighboring liquor store. She worked with her landlord, Fred Merrill, and reduced shop expenses to zero except for utility bills, which typically range from $600 to $800 a month.

By mid-May, Marriott had drained through all of her savings. Although she had applied for every loan and grant available through the Small Business Administration, it wasn’t enough. When Johnson County released a phased reopening plan that determined restaurants like hers couldn’t open until May 22, she knew she was not going to be able to reopen.

“That’s when I realized I’m out of money,” she said. “I’ve lost so much money with nothing coming in. In the end, I was literally just bankrupt.”

Marriot said she’s thankful for her landlord, a local businessman, for being generous and working with her as best he could.

As a result of the fallout, Marriott and her husband lost their entire savings and sold their home. They recently moved into an apartment in Olathe. Marriott is returning to her former career in sales. She is grateful for the support of her husband, who believed in her dream and stood by her side.

“We’re just going back to basics,” she said. “Until we can get some money saved up and back on our feet, we’ll buy a house again later. It is what it is.”

Reflecting on her American dream

Marriott normally has a cheerful disposition, but losing her business sent her into bouts of stress and depression. But she thought of her great-grandparents who lost their farm near Spring Hill during the Great Depression, and how her ancestors made the best of a terrible situation.

“Most things in life, you can do something to save your business or save your house or what have you,” she said. “But then there’s things that come along like this COVID-19. You literally cannot do anything, it’s literally, completely, out of your control.”

She reflected on her business over the past two years. Her store had a mom and pop, “antique-y” feel, with black-and-white family pictures on the walls. She served cinnamon rolls, fruit turnovers, specials like coffee cake and traditional Slavic povitica bread, a family tradition.

Feast Magazine as well as 435 Magazine (now Kansas City Magazine) touted her cinnamon rolls as some of the best in the Kansas City area. Her regular customers enjoyed specialty lattes and coffee drinks.

Marriott grew up dreaming to one day own her own business, and she thought it would be possible if she worked really hard. But while she lost her business, she is grateful that she and her husband kept on their feet financially.

“It could have been so much worse, and it’s not,” she said. “I’m surviving, and I’m not hundreds of thousands of dollars in debt, which I could have been. My American dream went down the toilet.”

While it’s too soon to determine if she’ll try opening another shop in the future, she will “never say never.”

“I feel like this is a total new chapter for my life, it’s just been a whirlwind with everything going on,” Marriott said. “There is light at the end of the tunnel even though you can’t see it. Just hang in there, even though it’s completely out of your control.”