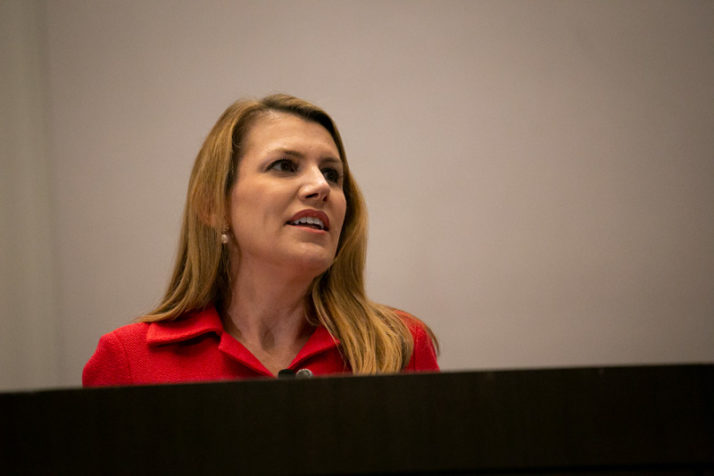 Amanda Adkins and her family have tested negative for COVID-19.

Last week, the campaign was informed that an attendee at Adkins’ primary night victory party on Tuesday, Aug. 4, had tested positive for COVID-19. The campaign notified known attendees of the positive test result, including a Shawnee Mission Post reporter, and said the attendee who tested positive was wearing a mask at the event and remains asymptomatic.

“Upon notice of the attendee’s positive test, Amanda Adkins, her husband, Jason, and their two children began self-quarantining in their home,” the campaign wrote. The campaign said each family member was tested for COVID-19 on Monday, Aug. 10, and all tested negative for COVID-19.

The campaign reported that, in accordance with CDC guidelines and physicians’ recommendations, Adkins will return to the office from self-quarantine on Tuesday, Aug. 18.

“Amanda is excited to get back out on the campaign trail early next week,” said Adkins campaign spokesperson Matthew Trail. “We take health and safety seriously, and we’ll continue to strongly encourage guests at campaign events to follow social distancing and mask guidelines.”