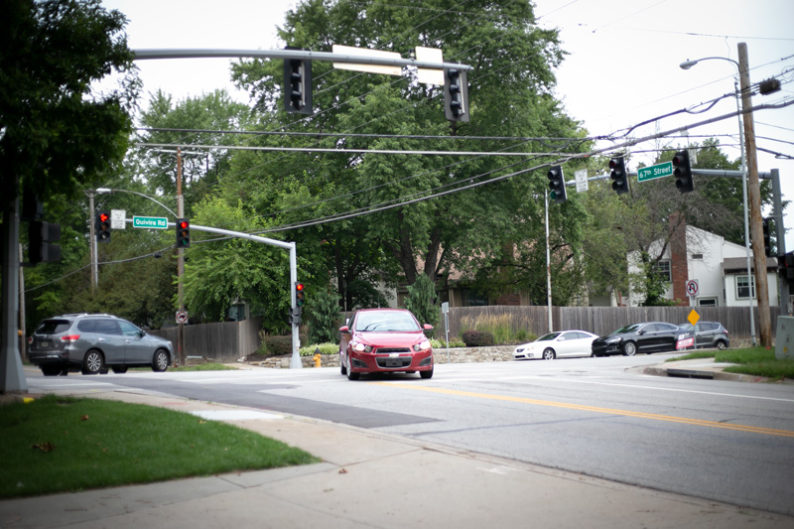 Shawnee is budgeting $270,00 to replace a traffic signal at 67th Street and Quivira Road. Construction is expected to take place from October to April 2021.

Shawnee is replacing the traffic signal at 67th Street and Quivira Road.

City staff hosted a virtual public informational meeting Monday evening so neighboring residents could learn more about the project and ask questions. During the meeting, staff said the traffic signal currently in place is nearing the end of its functional life and needs to be replaced.

The project is expected to cost $270,000. The Shawnee City Council will consider final plans for the project Sept. 14.

Some neighbors wanted to ensure their property values would not be impacted and also wanted to ensure access through the intersection to Shawnee Mission Northwest High School would be maintained during construction.

Kevin Manning, project manager, said city staff did not anticipate any impacts to property values or limited access to the school.

The only geometric improvements planned with the new signal are curb ramp and sidewalk improvements at the intersection to ensure compliance with the Americans with Disabilities Act.

City staff said they would acquire right-of-way acquisition on one corner of the intersection through negotiations with the neighboring property owners. Right-of-way would accommodate a new traffic signal cabinet.

Manning said the city would go through other means such as condemnation of the property if neighboring property owners fail to comply with the right-of-way acquisition process.