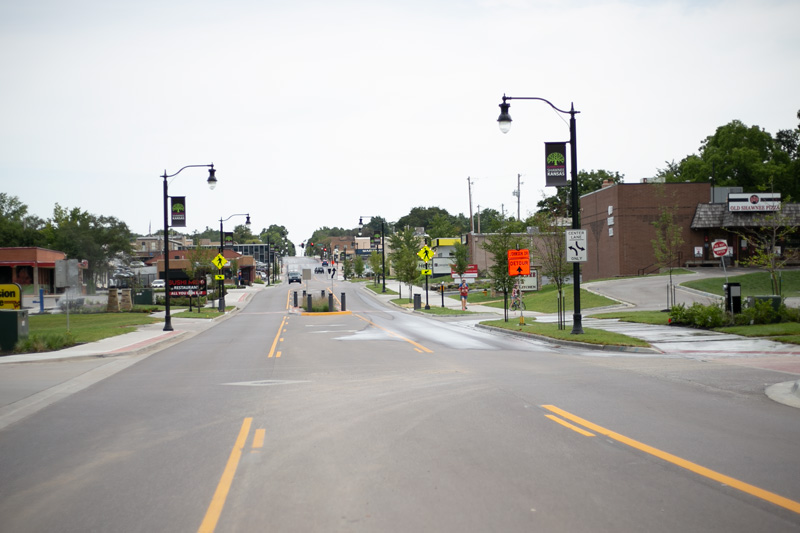 Shawnee is seeking public input on a comprehensive plan to update the development guide and vision of the city.

Shawnee is planning an overhaul to its downtown program that incentivizes commercial improvements. Adopted by the city in 2003, the Downtown Improvement Program is designed to encourage businesses to invest in their buildings to make the downtown area more attractive.

Earlier this year, the Shawnee Downtown Partnership determined the program is underutilized. For instance, two of the five incentives in the program have never been used. These include an incentive for new restaurants purchasing and installing a grease interceptor, and a fire safety incentive for businesses installing a sprinkler system.

The Shawnee Downtown Partnership proposed simplifying the program to one incentive, expanding the scope of eligible projects and areas, prioritizing support for existing businesses, and limiting incentives to commercial properties.

“We’re trying to push for a broader scope of building and fire code compliance, ADA accessibility enhancements that perhaps need to be made… parklets, since we’re looking forward to maybe allowing those annually, and some other streetscape enhancements that we really want to see downtown,” Grashoff said.

Here are some proposed changes:

The boundaries of the downtown incentive program are from Quivira to the east city limits and between 57th and 64th streets.

Councilmembers shared their support for the changes, though some had concerns with non-conforming uses. Four councilmembers said they would prefer to allow businesses like Donovan’s Service, a longtime business downtown, to be included in the incentive program if the owners needed financial assistance.

“That’s a hometown, long-term established automotive business that has stuck it out through.. how many years of Nieman,” said Councilmember Tammy Thomas. “To single them out or their type of business.. I’m a little bit uncomfortable with that.”

The city recently adopted new zoning designations and created a Townsquare Zoning District for the downtown area. The new zoning regulations allow for “the reduction of permitted auto-oriented businesses” and this essentially excluded auto shops from Shawnee’s downtown vision.

“We don’t really want any of our businesses in the downtown corridor to begin to look shabby over time,” said Councilmember Lisa Larson-Bunnell. “Just because in our grand vision for this space we have not included their businesses doesn’t mean that they’re not going to be there for a long time. We should encourage them to look as nice as possible while they are there.”

The Shawnee City Council in an Aug. 4 committee meeting voted 7-0 to consider final approval of these changes at a future city council meeting. Councilmember Kurt Knappen was absent.