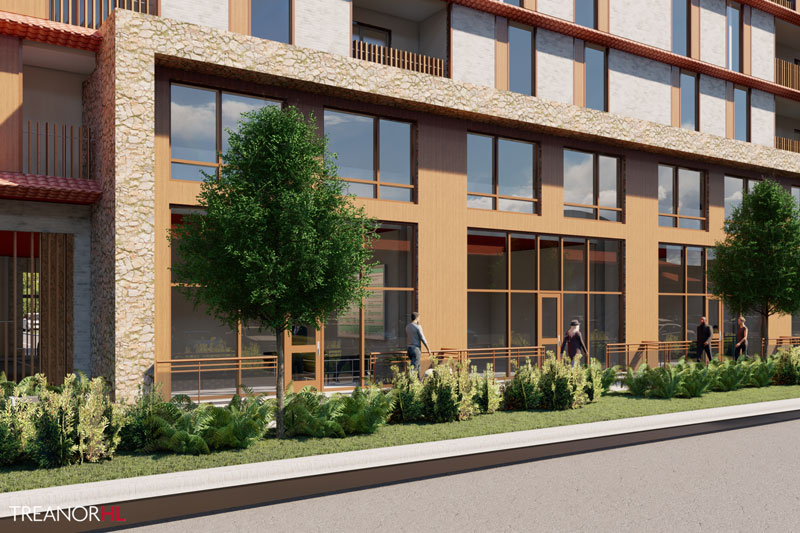 A rendering shows the first few levels of the proposed residential-only apartment complex, which would be built on the current Mission Bowl site, 5399 Martway Street. Image courtesy of TreanorHL.

Sunflower Development Group, based out of Kansas City, Missouri, filed a preliminary development plan application with the city of Mission, to build on the much-discussed Mission Bowl site, 5399 Martway Street.

Mission and Sunflower Development Group previously held a virtual neighbor meeting discussing the five-story, 160-unit apartment complex it intends to build at the site. The complex would include the following amenities, as previously presented:

Renters would pay anywhere from $975 to $1,800 a month for a studio, one bedroom or two bedroom apartments. Sunflower does not intend to include any commercial space on the first floor of the development, keeping the complex residential only.

The 7 p.m. planning commission meeting will be held virtually, and instructions for accessing the meeting can be found on the city’s website on Aug. 24.