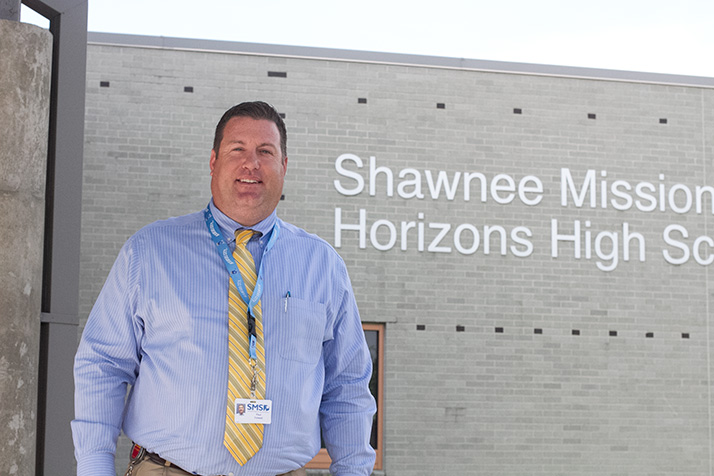 The Shawnee Mission Board of Education is set to approve the appointment of an interim associate principal at Shawnee Mission West High School, as an independent investigation continues into the administrator originally appointed to that role.

Board documents show Walt Thompson, a retired administrator from Kansas City, Kansas Public Schools, is on the list of HR appointments the board will be asked to sign off on Monday night.

David Smith, the district’s Communications Director, confirmed Thompson will be stepping into the role originally assigned to Paul Colwell, who is currently on “modified duty” during an independent investigation into his behavior as principal of Horizons, the district’s alternative school.

“Walt Thompson was a long-standing principal and administrator in KCK,” Smith said. “He is someone who comes with a lot of experience, and we need someone to step into that role now.”

Smith said Thompson will be SM West’s interim associate principal indefinitely as the district continues its search for a person to permanently fill that role.

Colwell was originally assigned to move from being Horizons principal to being SM West’s associate principal this summer but was placed on “modified duty” following an extensive investigation published by The Kansas City Star.

In that report, more than a dozen former and current students and colleagues at Horizons alleged Colwell engaged in a pattern of inappropriate behavior, including sexual harassment, racist bullying and the mistreatment of a transgender student who became suicidal as a result.

Colwell had reportedly been the subject of a district investigation this past spring that ultimately cleared him of wrongdoing.

Citing “new information” contained in the Star story, the district placed Colwell on what it called “modified duty,” and the board of education approved $45,000 to hire an outside investigator to look into the allegations.

At that same meeting in which funds for the independent investigation were approved, South Board Member Jessica Hembree pressed Superintendent Mike Fulton on whether the investigator’s work would include a review of the district’s process for investigating complaints about staff members.

Smith said Colwell’s “modified duty” has him “providing logistical support” for the district’s remote learning program and would not include any classroom roles. The independent investigation, Smith said, is still ongoing.

Also at Monday’s meeting, the board of education is set to discuss and approve a budget for the 2020-21 school year. The board is also expected to receive an update on scheduling options amid the ongoing coronavirus pandemic. Follow this link to see the board’s entire agenda for Monday night’s meeting.