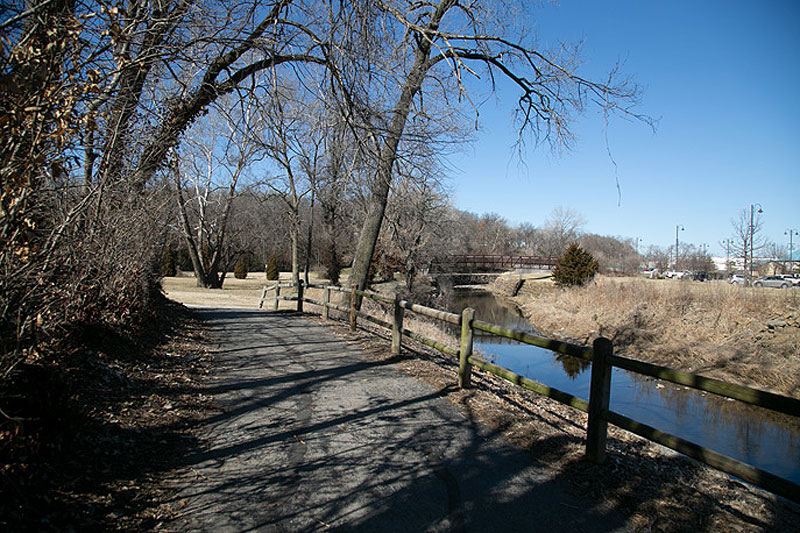 The Merriam Drainage District, that maintains Turkey Creek pictured above, will develop an online presence with a website for the first time in more than 70 years. File photo.

The Merriam Drainage District, a special if obscure public body charged with the maintenance of Turkey Creek, will go online for the first time ever.

Board members at last Monday evening’s meeting approved a Merriam Drainage District website to be designed by HPG, a Denver-based web designer that Treasurer Sam Matier said he is familiar with. The district, which has drawn criticism from Merriam officials regarding transparency and lack of accessibility, began discussing a website in April.

After the $500 WordPress website is created, on an unknown timeline, Merriam Drainage District plan to pay the web designer about $60 the first year for hosting the domain. Additionally, it will cost $60 an hour to continue to update the website. This will include uploading all agendas, minutes and other pertinent public documents.

Below is a list of items to be included on the website (whose domain will be www.merriamdrainagedistrict.gov), per district documents obtained by the Post via a Kansas Open Records Act request:

District Chairman Eric Jackson and Attorney Jim Orr both said the district was incorporated in 1946.

Matier asked for clarification on whether the district’s jurisdiction only included the part of Turkey Creek that runs through Merriam. Secretary Gerald Becker said he knows there are a few blocks in Shawnee that are also taxed by the district.

Orr suggested the website includes a map, and the board members agreed.

Prior to the website discussion, Orr recommended the district move its four file cabinets — previously housed at the Irene B. French Community Center — to a climate-controlled storage facility. Orr said it’s not practical to scan all previous documents, though moving forward, the district could scan all of its new documents to keep digital copies.

“I think the conclusion I have, because of the quality, quantity and age of documents we have, that it probably isn’t cost effective to scan everything at this time and convert to electronic copies,” Orr said.

Jackson said after insurance, it would cost about $50 to $60 a month to keep files at the StorageMart on Frontage Road in Merriam. Becker asked about the accessibility to documents at a storage facility, and Jackson said he’d have to double check on StorageMart’s hours of operation.

The board members unanimously approved both the creation of the website and the decision to keep the district’s files at the StorageMart.