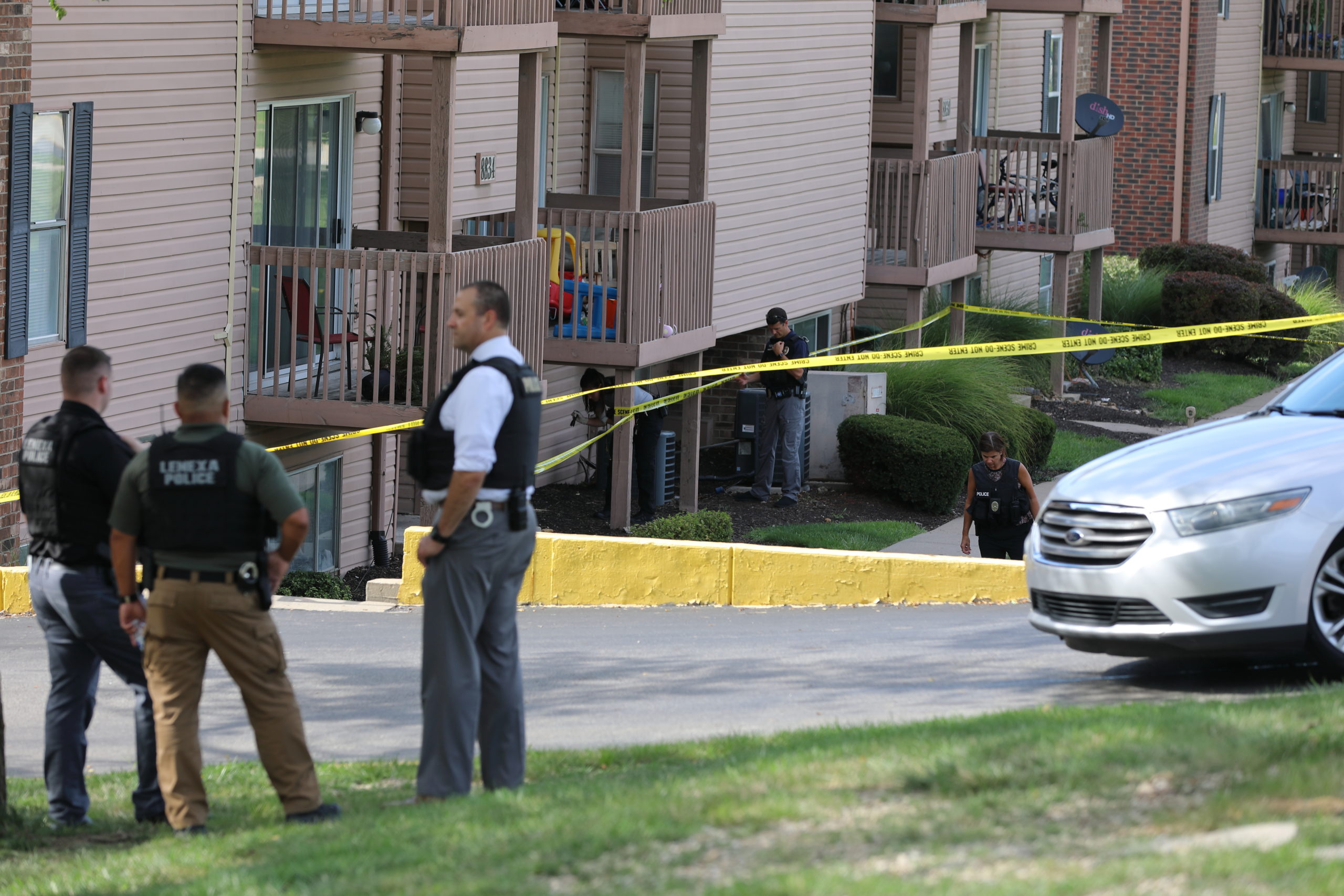 Police had a portion of The Retreat at Mill Creek blocked off for investigators Monday evening. Photo credit Mike Frizzell.

One person has non-life-threatening injuries after being shot in Lenexa Monday afternoon.

Master Police Officer Danny Chavez of the Lenexa Police Department says dispatchers received a 911 call at 3 p.m., notifying them of the shooting in the 8800 block of Pflumm Road.

“At the time of the 911 call, the victim was being driven to the hospital by a friend,” Chavez said in an emailed response to questions. “Detectives spoke with the 18-year-old male victim at the hospital.”

Officers used crime scene tape to cordon off a walkway between the parking lot and an entrance to one building at The Retreat at Mill Creek Apartments. Detectives and a Crime Lab Technician could be seen searching for evidence on the ground.

Detectives continue to investigate, and no suspect information has been released.