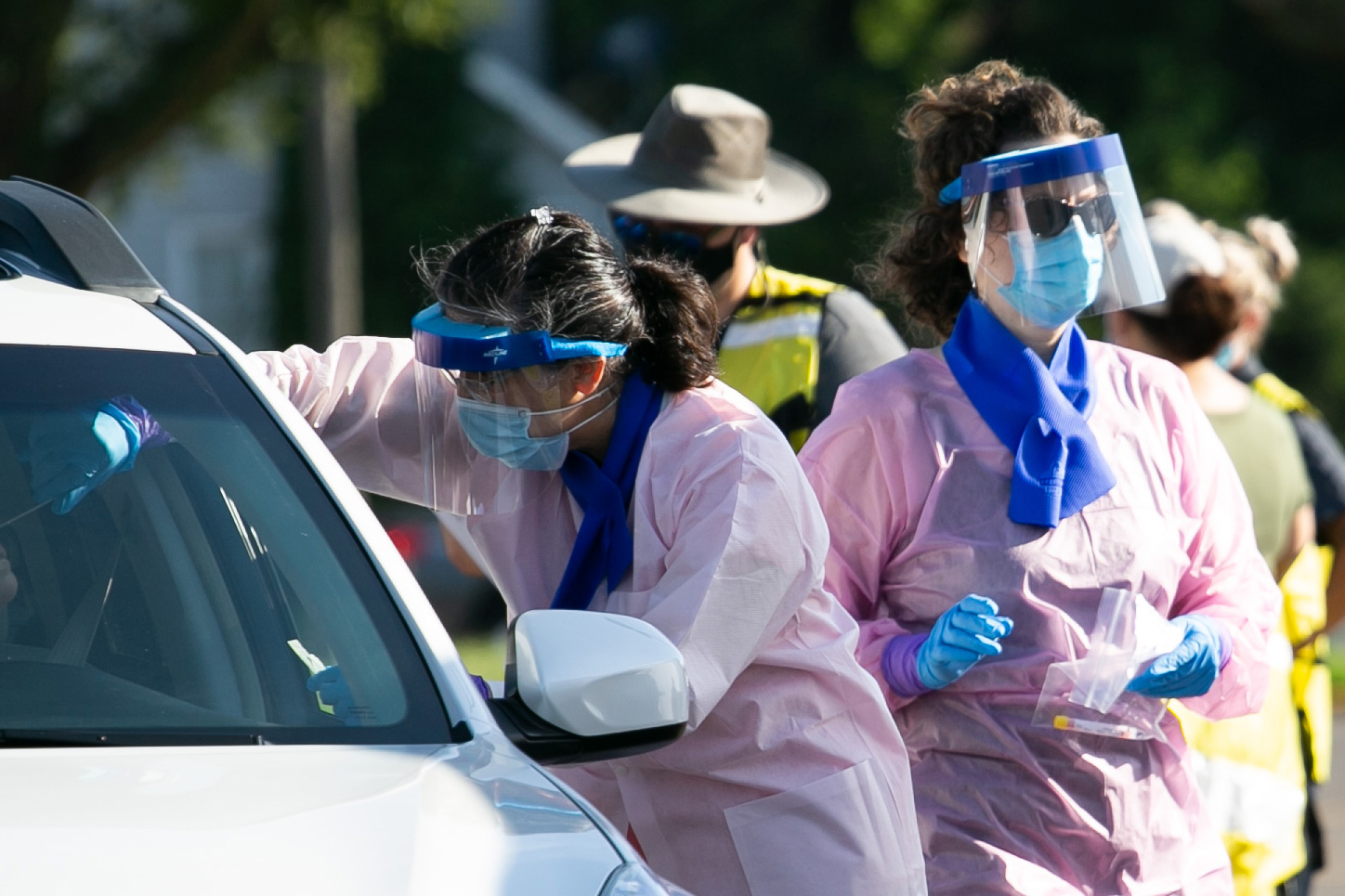 About 80% of the deaths occurred in people older than 79.

Nearly 5,450 positive cases have been reported since testing began in March, with about 2,965 of those cases presumed recovered, according to county health officials. The percent of positivity based on the seven-day moving average remains at about 10%, which is well above the 5% positivity rate the World Health Organization recommends be met before widespread reopening occurs.

The escalating situation might have stretched some resources thin, said Ryan Jacobsen, the Johnson County’s EMS Medical Director, but at no point did the system get overwhelmed.

Even beyond the Johnson County health system, other regional hospitals and care facilities have maintained the ability to care for patients, Jacobsen said.

“There was plenty of capacity, so certain institutions may, by themselves, be taxed or at capacity, but there’s plenty of room within the region to absorb that,” he said.

Cindy Samuelson, vice president of membership and public relations for the Kansas Hospital Association, said the region has been lucky.

“We’re really feeling very fortunate right now that we have capacity,” she said.

Part of the ability to maintain the COVID-19 situation as cases spiked, Jacobsen said, can be attributed to the age of new infections.

Many of the more recent infections that emerged after the region started to reopen, he said, are in younger populations made up of people less likely to face adverse outcomes. Even if they require hospitalization, they aren’t likely to require intensive care.

In Johnson County, most inpatient hospitalizations occurred in patients over the age of 50, and most ICU patients were over 60.

Another reason, Jacobsen said, was the local and regional health system’s ability to work together. Usually, the major hospitals in the area would be competing with each other, but they were able to put aside the “business of medicine,” he said.

While typically it could be difficult to get health care leaders into the same room, they’re meeting regularly and working together to find a way to keep the COVID-19 crisis at bay.

“They’re generally competitive health systems, and it’s been very encouraging and reassuring to see everybody collaborating from a public health perspective to put any kind of local competition aside and share these kinds of data,” Jacobsen said.

There was a brief lapse in local ICU bed usage and hospital data collection caused by the Trump administration’s abrupt switch in reporting data, moving the responsibility from the Centers for Disease Control and Prevention to the Department of Health and Human Services.

“It caused a little bit of a logistical and operational hiccup,” Jacobsen said, which did impact the ability of local health leaders to access the most up-to-date data at the time.

Now, that data is back online and accessible to providers in the area.

“It looks like we still have good hospital capacity, which is really reassuring,” Jacobsen said.