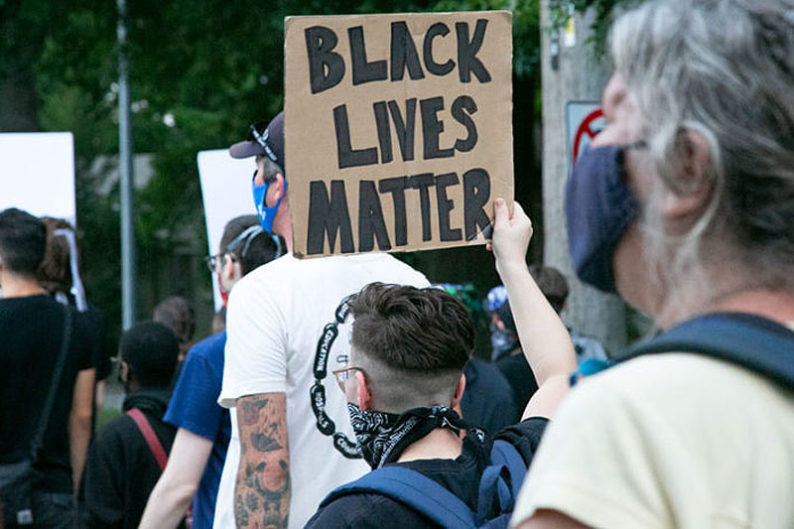 The Roeland Park City Council on Monday evening unanimously approved a resolution on racial equity, which acknowledges the city’s history of systemic racism and also states that “Black Lives Matter.”

Roeland Park began its discussion on racial equality in early July, and tabled a second resolution draft last month in an effort to gather further community input. Mayor Mike Kelly said while he takes authorship for the initial draft, the passed version is the product of multiple people — and is just a starting point.

“I feel [the resolution] is a sufficient start,” Kelly said. “I appreciate the comments that have been made and look forward to acting upon the themes and action items that have been mentioned here. This is by no means the end of a process, but a prelude to the beginning.”

The resolution states Roeland Park “recognizes its vibrant Hispanic heritage” and “welcomes immigrants of color.” Additionally, the resolution condemns racist acts and establishes two ad hoc committees: one charged with police policy review and the other charged with examining, educating and improving racial and diversity outcomes.

Three Roeland Park residents — Sharon Obenland, Andrea Klingner and Linda Mordan — provided public comment regarding the resolution, thanking the city council for including immigrants in the language. Obenland and Klingner are both involved with Safe and Welcoming Roeland Park, a group that spearheaded the noncompliance ordinance the city council discussed a little more than a year ago.

Councilmember Michael Rebne said he wanted to acknowledge the importance of stating Black Lives Matter in the resolution as Black people and people of color “have spent their lives… making sure their lives matter.” Rebne said the resolution is an intermediate step to ensure the city is taking action on equity — and as both a Roeland Park resident and a teacher in Kansas City, Kansas — he acknowledged “the history of racialized segregation still continues.”

“One of the vestiges of that is the way that our schools are funded through property taxes and the unequal nature of that,” Rebne said. “That sort of gives maybe us a flavor of how challenging it can be to kind of lean into these equity issues.”

Rebne said while the city does not control how schools are funded, he wanted the city council to be prepared for the upcoming difficult conversations around these topics as they happen.

“What was discrimination in the ’60s is much different than what it is today,” Madigan said. “There’s a vast experience there, we’ve got to draw on all experiences.”

The city council unanimously approved the resolution with no further discussion. Councilmember Claudia McCormack was absent.