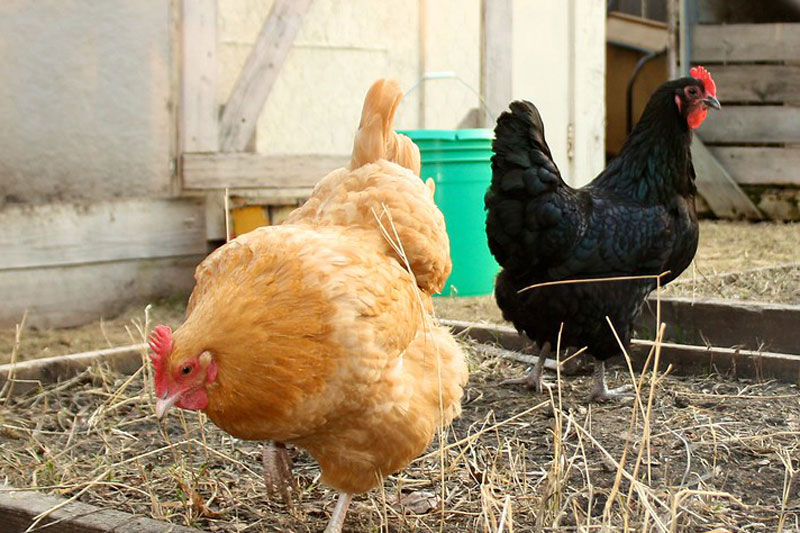 The council could implement the new ordinance but only if the planning commission amends the zoning ordinance. The measure will return to the council for consideration at its Aug. 17 meeting, City Clerk Adam Geffert said.

One Prairie Village resident spoke at a required public hearing Tuesday. Maddie Kamphaus, who lives with her family on West 73rd Street, said she had lived in Roeland Park before moving to Prairie Village and had kept hens there.

“Hen ownership was a wonderful thing that brought me together with our neighbors and our community in a way that I never set out for it to,” Kamphaus said. “I know that there are a lot of misconceptions that surround hen ownership in the city. From experience of somebody who has been through the process entirely from building a coop to owning the hens to having neighbors with hens, we almost went an entire year at our other house before any of our neighbors actually knew we had them.”

Ward 2 Councilmember Ron Nelson, who is a lawyer and president of the Prairie Village Homes Association (PVHA), the city’s largest, said in July that the association’s deed restriction prohibiting the keeping of livestock or poultry would override a city ordinance allowing residents to keep chickens.

A homes association is essentially a contractual relationship between the homeowners in the association.

“It’s a little different than a contract,” he said. “It’s called ‘a covenant running with the land,’ so subsequent owners are also responsible to follow certain rules and deed restrictions,” Nelson said. “A city can pass an ordinance allowing or disallowing something, but if the homes association restrictions are more strict than the city’s, then the association controls. If the city’s restrictions are stronger, it controls.”

The PVHA’s deed restrictions and those of all other J.C. Nichols Co. homes associations state that an exception to the prohibition of livestock or poultry can be granted with written consent of the J.C. Nichols Co., which assigned that authority to the PVHA’s board, Nelson said.

But the board “cannot merely make whatever exceptions to the deed restrictions that it wants on a request by any resident,” Nelson said.

“To do so would, in effect, allow for the board to … in essence amend the prohibition by issuing whatever consent it desired to give, which is specifically prohibited by the spirit of deed restrictions,” he said. “The exception itself is part of the deed restriction, so the exception itself is not an ‘amendment.’ … So, the board must be vigilant and scrupulously examine any exception to the rule rather than just granting an exception without basis.”

The PVHA’s board has received no request regarding allowing backyard hens, Nelson said. It acts only on requests, not on general discussion of an issue.

The city would not require a permit for structures to accommodate chickens or for chickens themselves, Deputy City Administrator Jamie Robichaud said at Tuesday’s planning commission meeting.

The council chose to “try it and see how it goes” and could increase restrictions or rely on public nuisance regulations in case of complaints. City staff looked at other area cities’ zoning regulations on chickens and found many of them had strict regulations initially but eased them because keeping chickens posed no significant problems.

Commissioner Nancy Wallerstein asked how the city would know without permits whether residents keep chickens and whether residents comply with restrictions unless someone complains. Robichaud said that the regulations were in place to prevent nuisances to surrounding neighbors and that “at the heart of it is … how is that going to impact surrounding property owners? So, it is really more of a reactive situation.”

“So, what I’m hearing is that unless there’s a complaint, they can do whatever they want?” Wallerstein asked.

“Absolutely not, no,” Robichaud said. “I don’t think that’s the intention. The law is the law, and people are expected to abide by it. But we’re not going to make everyone submit a building permit and review what you do before you build it.”

The city allows residents to build certain structures on their lots without prior city review or oversight, Robichaud said, but if a problem arises, then the city can enforce regulations. City staff asked the council not to require licensing for chickens because of the time required to oversee the process.

Commissioner Jim Breneman asked whether residents would be allowed to sell eggs produced by their chickens. Robichaud said she would want to ask the city attorney whether selling eggs would come under home occupation zoning regulations or possibly regulations on estate or garage sales. In any case, the city would not write tickets for people selling eggs to their neighbors.

Editor’s note: This story’s headline has been updated to more accurately portray the potential conflict between the PVHA’s deed restrictions and city code. The story has also been updated to include comments from Councilmember Selders and Ron Nelson’s response.

Correction: An earlier version of this story stated the city council will consider the ordinance next at its meeting Sept. 7. The ordinance is set to come up for consideration on Aug. 17.